In Pictures: Runners take in London’s landmark sights during half marathon 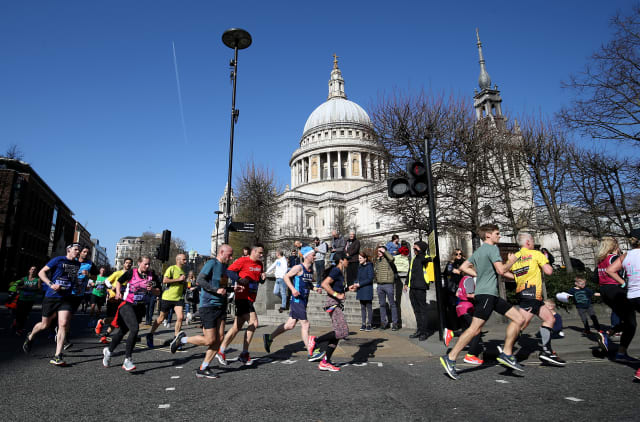 Runners were treated to fine weather and iconic sights in the second London Landmarks Half Marathon.

The race through central London began at Pall Mall and finished at Downing Street, taking in the likes of St Paul’s Cathedral and Trafalgar Square on the way.

Baby charity Tommy’s organised the event – which included celebrity runners such as Amanda Holden and Cheryl Baker – with the support of Westminster City Council and the City of London Corporation.