Brexit: What is happening next week and beyond? 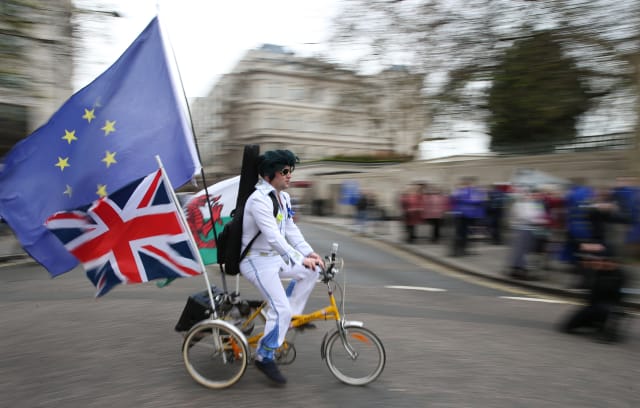 After Theresa May managed to get agreement on her proposal to delay Brexit, Britain’s EU withdrawal is taking place to a new timetable. So what is happening next week? And what could happen after that?

Parliament debates an amendable Government motion on the Brexit deal, which gives MPs a chance to put their favoured outcomes to a vote. Mrs May could table secondary legislation which must go through the Commons and Lords by Friday to remove the date of March 29 from Brexit legislation.

Possible date for the third “meaningful vote” – known in Westminster as MV3 – on Mrs May’s Withdrawal Agreement. Downing Street says that no date has yet been fixed for the vote, which must come by the end of the week.

No longer Brexit day. Leave-backing walkers who have taken part in the Brexit Betrayal march from Sunderland are due to arrive in London.

Final date for the UK to take steps to enable European Parliament elections to take place.

If Mrs May has failed to secure Commons support for her Withdrawal Agreement, this is the final day on which the UK can set out its next steps to the European Council, if it wishes to be granted a longer extension. If it does not do so, the UK would leave the EU without a deal.

If the Commons has approved Mrs May’s deal, the UK formally leaves the European Union on this date with a Withdrawal Agreement, entering a transition period during which it will continue to observe EU laws but have no representation in EU institutions.

European Parliament elections take place across the EU, with or without the UK.

The first session of the new European Parliament, whose first task is to confirm a new commission and president.

If the UK has left with a deal, this will be the end of the transition period. London and Brussels have both said they hope to have an agreement on future trade and security relations completed by this point.