Barbra Streisand is the latest celebrity to weigh in on Leaving Neverland, and the iconic performer has conflicting feelings after watching the documentary. For one, the Oscar winner says she believes the accusations made by Wade Robson and James Safechuck against Michael Jackson.

"Oh absolutely," she tells The Times in an interview published on Friday. "That was too painful."

In the two-part HBO documentary, Robson and Safechuck give disturbing accounts of years of sexual abuse they allegedly suffered at the hands of Jackson as children. However, Streisand is sympathetic towards the late singer, as well — and some of her quotes aren't sitting well with fans. 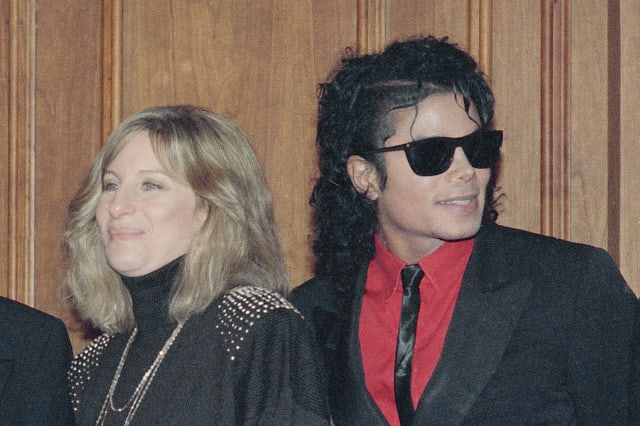 "He was very sweet, very childlike," she remembers about the legend, whom she met a couple of times. (Jackson asked Streisand to duet with him on I Just Can't Stop Loving You, but she declined.) Streisand, 76, was asked how she reconciles the man she remembers with the man described in the controversial documentary.

"His sexual needs were his sexual needs, coming from whatever childhood he has or whatever DNA he has," she replies. "You can say 'molested', but those children, as you heard [the grown-up Robson and Safechuck] say, they were thrilled to be there. They both married and they both have children, so it didn't kill them."

When pressed if she's angry with Jackson for his alleged behaviour, Streisand says she has "a combination of feelings."

"I feel bad for the children. I feel bad for him," she explains. "I blame, I guess, the parents, who would allow their children to sleep with him. Why would Michael need these little children dressed like him and in the shoes and the dancing and the hats?"

Some of Streisand's comments quickly stirred backlash online, particularly this quote about Robson and Safechuck: "They both married and they both have children, so it didn't kill them." Leaving Neverland director, Dan Reed, even weighed in.

"It didn't kill them" @BarbraStreisand did you really say that?!#LeavingNerverlandhttps://t.co/p4sIaPIHK6

Oh god no. This is horrible. I feel sick. @BarbraStreisand is my idol and I look up to her so much. This breaks my heart that she would say this. Because this is such a wrong and hurtful thing to say. Ugh. https://t.co/emlO9qAxCW

Barbra Streisand is vile 🤢.. She believes MJ abused Wade and James, but basically says - it is no big deal because they were "thrilled to be there" and ended up getting married and having children, so it "didn't kill them"..

Leaving Neverland has divided fans nearly 10 years after Jackson's death. His three children — Prince, 22, Paris, 20, and Blanket, 17 — are said to be "devastated" over the resurfaced molestation claims. They have remained relatively silent, although Paris has chimed in occasionally on social media with a few tweets about "injustices" and focusing on the "bigger picture". Most recently, the model co-signed a rant from Aaron Carter where he trashed Robson and Safechuck.