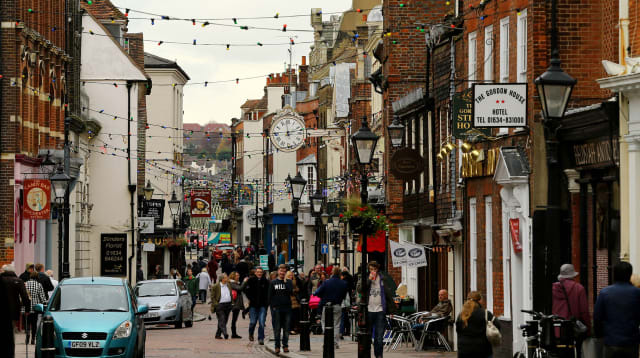 Paperchase has gained approval for a radical shake-up of its rent obligations amid declining footfall on the high street, putting a handful of stores at risk of closure.

The chain’s creditors have approved a company voluntary arrangement (CVA) which will reduce the rent on almost 100 stores.

Of these, 28 will pay 50% rent for three months before Paperchase decides whether to close the shops or seek a rent-free period.

A small number of loss-making sites are expected to shut their doors as part of the process.

Another 70 will have rent tied to the turnover of the individual stores, which Paperchase said would better align its costs with footfall and trading.

The other 45 stores will not be affected.

Chief executive Duncan Gibson said: “The alignment of store rents to footfall and trading, alongside our long-term strategy to diversify and increase revenue from UK and international partnerships, and online sales, will lay the foundations for a successful future.”

It emerged that the stationery chain had called in KPMG earlier this year, when it was reported to be weighing up a number of options including a sale to a new owner and store closures.

The most recent available accounts for Paperchase Worldwide Holdings show the company’s turnover increased by 6% to £134.8 million in the year to February 3 2018, due to new openings in the UK and Germany as well as online growth.

But pre-tax losses widened to £6.6 million in the same period.

Will Wright, restructuring partner at KPMG and joint supervisor of the CVA, said: “The engagement and buy-in of all stakeholders throughout this process has been vitally important in putting together an innovative CVA proposal which, following today’s approval, will allow Paperchase to move forward with a financial and operational restructuring plan.”