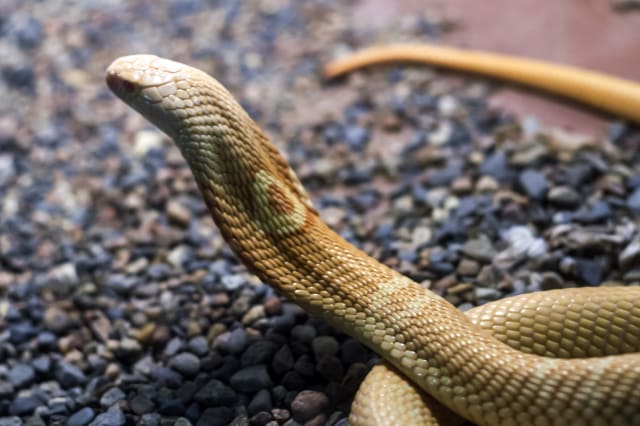 This is the stunning moment a cobra lays eggs on a busy street in South India. As shocked people watched, the pregnant snake laid 14 eggs in less than an hour.

A teacher in Maddur in Karnataka spotted the cobra inside his home and called in a local snake expert, to rescue the snake. The cobra made its way to the street in front of the house and started laying eggs.

The snake was later caught and released it in a nearby forest. He took the eggs with him and said the young snakes would be released after they hatch.