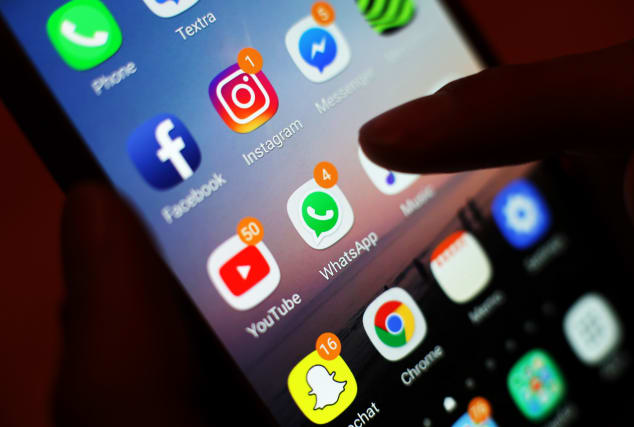 Almost eight in 10 young teenage girls say that pressure from social media is one of the main reasons for mental ill-health among their age group, according to new research.

The same number (79%) said they feel that adults have no understanding of the pressures they experience in the social media age.

The UK-wide poll, carried out by Shout, a positive lifestyle magazine aimed at girls aged 11-14, found that most of those surveyed claim to have suffered anxiety, stress and bullying and felt under pressure to get likes and followers on social media.

More than eight in 10 (84%) said they think pressure to conform to a certain look is also one of the main causes of mental ill-health among teenagers.

The majority of those surveyed said they consider figures like author JK Rowling and YouTuber Zoella to be their role models, while TV personalities such as Kim Kardashian and Kylie Jenner were seen as negative role models.

The research was carried out in conjunction with the magazine’s special edition Feel Good Guide, which is out now.

Shout editor Louise Kettle said: “Navigating those tricky early-teen years has become harder than ever, so the aim of the magazine is to act as a handbook of sorts, covering everything from mindfulness to periods, anxiety and the importance of getting a good night’s sleep.

“We created the Feel Good Guide because we want our readers to feel happier, more positive and confident enough to take on anything.”

The research found that almost two-thirds (64%) of those questioned said they did not feel there was enough support for young people’s mental health.

Shout is a monthly magazine aimed at girls aged 11-14, published in Dundee by DC Thomson Media.

The researchers surveyed 286 teenagers with 89% of respondents aged between 11 and 15.