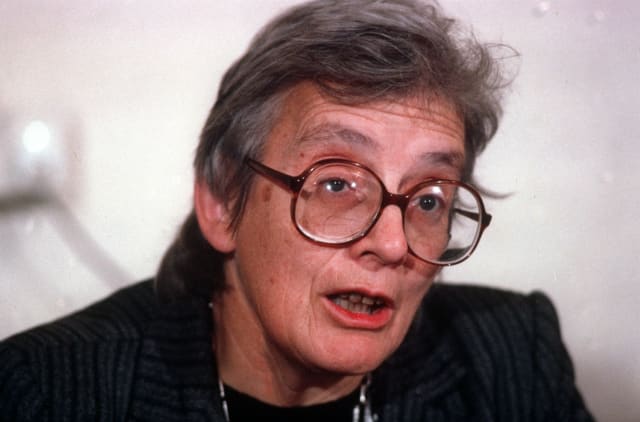 Her family said Lady Warnock, a former head teacher, academic and leader of several high-profile inquiries, died at her home following a fall.

She authored a landmark report on children with special educational needs and disabilities as well as chairing an inquiry into human fertilisation and embryology.

The report of the Committee of Enquiry into the Education of Handicapped Children and Young People led to radical change by placing priority on teaching children with special educational needs and disabilities in mainstream schools.

Lady Warnock’s son James told the Press Association on Thursday that his mother’s sharp intellect and practical understanding made her “particularly interested in bringing philosophy to the issues of public policy”.

He added: “She was hugely committed to her family, not just her immediate family, but her wider family as well. It meant an enormous amount to her.

“She died at home after a fall.

“One of the things that she was most afraid of as she grew older was decline into dependency.

“She insisted on staying at home looking after herself to the end and succeeded in that until yesterday.”

She is survived by her four children, six grandchildren and a 14-year-old great-grandchild. Her third daughter died in 2014.

Her husband Sir Geoffrey, a former vice chancellor of Oxford University, died aged 73 in 1995. The pair married in 1949.

Lady Warnock was born in April 1924 and was the youngest of seven children.

She studied at Lady Margaret Hall, Oxford, and from 1949 to 1966 was a fellow and tutor in philosophy at St Hugh’s College before becoming headmistress at Oxford High School for Girls.

The inquiry is credited with establishing the Human Fertilisation and Embryology Authority (HFEA), the first statutory body regulating fertility treatment and research in the world.

HFEA chairwoman Sally Cheshire said: “Mary Warnock was an exceptionally wise and practical moral philosopher whose pioneering work in both reproduction and educational special needs changed the policy landscape for millions of people.

“We at the HFEA and the millions of people around the world who have been able to create their much longed-for families through regulated fertility treatment, and do so safely, would like to pay tribute to Mary Warnock’s scholarship, public service and wisdom and send our deepest condolences to her family and friends.”

He praised Lady Warnock as an “inspiring person” as well as “a thoroughly nice and approachable individual”.

He added: “I shall remember her latterly sitting quietly in our garden – she loved gardening – and enjoying a quiet chat with her about the issues of the day over a cup of tea.

“I shall dearly miss her gentleness, oratory and common sense; something which is not at all common – but she had oodles of it.”