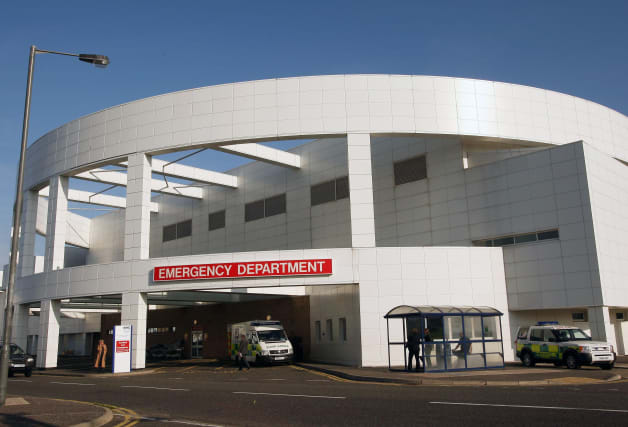 A health board has contacted nearly 200 patients who had heart surgery at an Edinburgh hospital in the last six months over infection fears.

NHS Lothian has written to 186 patients who had heart aortic valve replacement operations at Edinburgh Royal Infirmary in the last six months.

They said six patients who underwent cardio thoracic surgery over a period of 18 months were affected by unusual infections thought to have been acquired during surgery – with “a number” of them later dying.

Four planned surgeries were cancelled this week to allow for specialist cleaning.

Professor Alex McMahon, NHS Lothian executive lead for infection control, apologised to the families of the patients who died.

He said: “We know this will be a worrying time for those who have received letters but we have contacted patients purely as a precaution.

“The risk is very low and we do not anticipate any more cases, however we know that it can take up to six months for these infections to materialise.

“We want to make sure those patients know what symptoms to be aware of and to contact NHS Inform if they have any concerns.

“Many patients receiving this type of surgery are already very ill and vulnerable to infection so we place the highest importance on a stringent infection prevention and control regime.

“We are very sorry for the inconvenience and disappointment caused to the patients who have had their procedures cancelled this week but we must prioritise patient safety above all else.

“All those affected will be given new appointments as soon as possible.”

The 18-month window covers March 2017, with no cases found prior to that, and November 2018, with no known cases since then.

It comes after recent infection-related deaths at the £842 million Queen Elizabeth University Hospital in Glasgow.

A Scottish Government spokeswoman said: “Our thoughts and condolences are with the families and friends of those patients who have sadly died.

“We know this will be a worrying time for those who have received letters and while the risk of infection is low it is important that they follow the advice given by NHS Lothian.

“NHS Lothian is undertaking specialist cleaning and disinfection of the theatres used for this type of procedure and have stated that enhanced infection control measures have also been put in place.

“Scottish Government officials remain in close contact with the health board on this incident.”

Scottish Conservative health spokesman Miles Briggs said ministers should provide answers on how the situation occurred, adding: “It is of vital importance that processes in the healthcare environment are reviewed and improved, to minimise the risk of infection in our hospitals.”

Scottish Liberal Democrat spokesman on health Alex Cole-Hamilton said: “This news will be hugely stressful for patients who have already undergone complex procedures and may be in a vulnerable condition.

Labour’s health spokeswoman Monica Lennon said: “The health board have made the right decision in taking these precautions but this revelation again raises questions about infection control in hospitals across Scotland.”