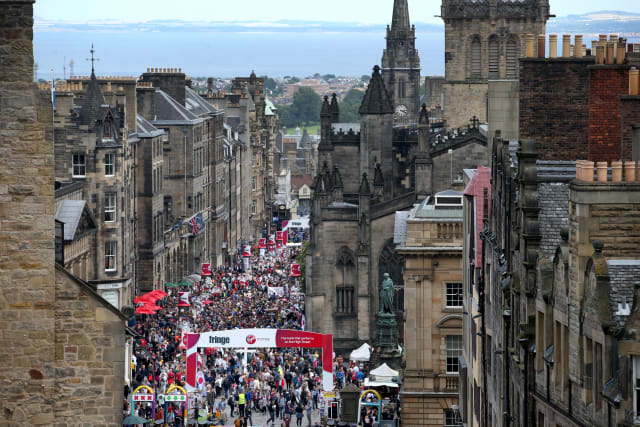 Tourism Secretary Fiona Hylsop has said the Scottish Government will bring forward legislation that could result in a new levy being charged on hotel stays – despite refusing to say if she supports the change.

Ms Hyslop was pressed on whether she agreed that the new transient visitor levy – agreed by ministers as part of their budget deal with Green MSPs  – was a “good idea” for the tourism sector in both Edinburgh and Scotland.

He asked if given concerns from the industry about the introduction of a tourist tax whether Ms Hyslop did “actually believe a tourist tax is a good idea for Edinburgh and Scotland’s tourism sector”.

She said previous talks with the sector and Scottish councils – who would be responsible for raising the charge –  had showed that it was “really complex”.

She told Mr Briggs: “I stand by what we have agreed as part of our budget negotiations. Had the Conservatives come to the table in any meaningful shape or form, perhaps the budget discussions might have been difference.

“But we will honour our commitment, there will be an introduction of consultation, followed by legislation.”

She also said that the new levy, which will not be in place before 2021, had not been delayed.

Former Labour leader Kezia Dugdale told her that the SNP/Labour administration in Edinburgh City Council wanted to bring in a tourism levy next year.

Ms Dugdale said: “There is widespread support for a tourist tax across Edinburgh, not least from the SNP and Labour council administration.

“The council have actually budgeted for it to be in place next year.  In light of the delay she announced last week they will now have to make a further £10 million of cuts to the local budget.”

But Ms Hyslop insisted that “there is no delay” as she said a consultation would take place this year, before a bill is introduced at Holyrood in 2020.

“This is a normal process for a normal piece of legislation going through the Parliament,” the tourism secretary said.