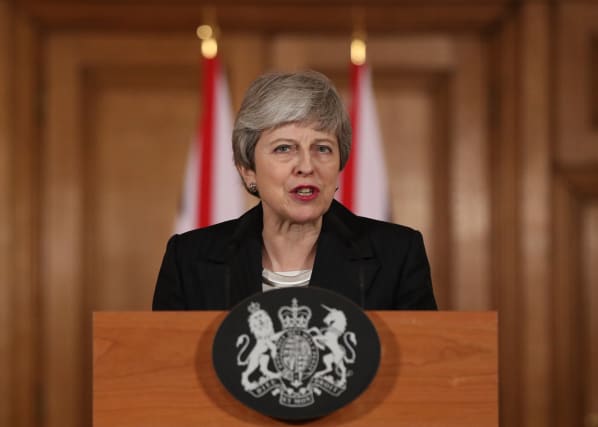 Theresa May is to appeal to EU leaders to grant her a delay to Brexit as she makes a further attempt to get her withdrawal deal through Parliament.

With just eight days before the UK is due to leave the EU, the Prime Minister will make the case for extending the Article 50 withdrawal process to June 30 at a Brussels summit on Thursday.

Ahead of the meeting, European Council president Donald Tusk said a “short” delay should be possible – but only if MPs finally back her deal before the deadline day on March 29.

With fears in Brussels growing that the UK is heading for a no-deal break, he said he would not hesitate to call an emergency summit next week if that proved necessary.

Mrs May formally made the request for an extension to the end of June in a letter to Mr Tusk on Wednesday.

The Prime Minister had previously indicated she would seek a longer delay after her deal went down to a 149-vote defeat in last week’s second “meaningful vote”.

However, she reportedly backed down after the threat of Cabinet resignations by Brexiteer ministers, who feared it could spell the end of their hopes of leaving the EU.

In Brussels on Wednesday, Mr Tusk said the question of how long an extension the remaining EU 27 were prepared to grant “remains open”.

European Commission president Jean-Claude Juncker warned Britain would have to leave by May 23 if it did not want to hold elections to the European Parliament – which start on that date – something Mrs May said she is determined to avoid.

Amid exasperation at the political deadlock in London, German foreign minister Heiko Maas said that if they were to extend the deadline, “then we would like to know: Why, why, why?”

France’s foreign minister, Jean-Yves Le Drian, said Mrs May would need to convince EU leaders that any delay was to “finalise the ratification of the deal already negotiated” and that it “won’t be renegotiated”.

With Mrs May struggling to build a majority to back deal when she brings it back to the Commons for a third time, she made an extraordinary attempt to appeal over the heads of MPs to the public to back her.

In a televised address on Wednesday, she blamed MPs for failing to implement the result of the 2016 EU referendum, and told frustrated voters: “I am on your side.”

“Of this, I am absolutely sure: You the public have had enough,” she said.

“You want this stage of the Brexit process to be over and done with. I agree. I am on your side. It is now time for MPs to decide.”

While she said she would “work night and day” to secure support for her deal, her comments infuriated many of those MPs she needs to win over.

Pro-EU Tory Sam Gyimah, who quit as a minister over her deal, described her remarks as “toxic”.

“Resorting to the ‘blame game’ as the PM is doing is a low blow,” he said.

“Democracy loses when a PM who has set herself against the House of Commons then blames MPs for doing their job.”

He added that it was “all part of her strategy to run down the clock and rule out other options”.

Anna Soubry, who quit the Tories to join the breakaway Independent Group, described it as the “most dishonest and divisive statement from any Prime Minister”.

Labour leader Jeremy Corbyn, who spoke with Mrs May on Wednesday evening, said: “The Prime Minister has shown tonight she is in complete denial about the scale of the crisis we are facing and unable to offer the leadership the country needs.

“To continue to bring back her damaging and twice rejected deal without significant changes, while threatening a no deal outcome ruled out by MPs, is unacceptable and reckless.

“I made clear to the Prime Minister tonight that we must move immediately to agree a compromise alternative that supports jobs and living standards, can win the support of Parliament, be negotiated with the EU and bring the country together.”

Meanwhile, Mr Corbyn was himself under fire after pulling out of a meeting between opposition party leaders at Westminster and the Prime Ministers after members of the Independent Group turned up.