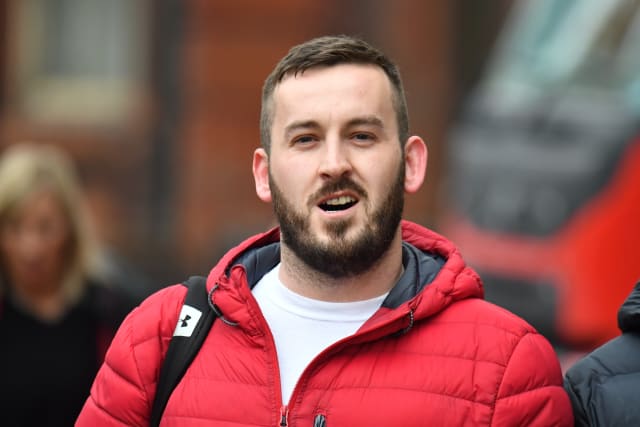 Self-styled “yellow vest” protester James Goddard has denied calling MP Anna Soubry a “Nazi” and a “traitor” during a chaotic court hearing which resulted in the judge adjourning proceedings partway through.

The Courts and Tribunals Service (HMCTS) has confirmed it is “urgently investigating” what happened when Goddard, 29, pleaded not guilty to harassing the politician between December 18 last year and January 8 in Westminster.

Goddard is expected to rely on a defence of “fair comment”.

But the truncated hearing descended into farce after supporters chanted “Soubry is a Nazi,” commented on the perceived severity of his bail conditions by telling Judge Kenneth Grant that Goddard “is not a terrorist, you know”, and said a police officer briefly present in court would be “better off fighting knife crime”.

Judge Grant rose and temporarily adjourned the case 15 minutes into the hearing, during which three supporters made their way into the dock alongside the defendant.

Earlier, Goddard complained that he was called “a far-right fascist every day”, and drew raucous applause from the public gallery as he addressed the judge.

Goddard said: “It’s not illegal to heckle an MP. All of this is wrong.”

The hearing resumed to inform Goddard of his bail conditions but there were chaotic scenes as the defendant left the dock complaining to the judge that he could not get a fair trial.

People in the public gallery shouted messages of support to the defendant as he left the court.

Goddard, wearing a white T-shirt featuring a British flag, a logo for The Directory Guys, a motif of three children’s faces, and the words “our boys”, repeatedly gesticulated to the packed and noisy public gallery during the hearing.

He will return for a two-day trial on July 19, during which Ms Soubry is expected to be among the witnesses.

It is not known whether or not the Independent Group MP will give evidence in person.

Goddard, 29, from Timperley in Altrincham, Greater Manchester, denies one count of harassment without violence in which he allegedly shouted and chanted at Ms Soubry, pursued her, filmed her, called her “scum”, “Nazi” and “traitor”, and used other insulting language; one count of using threatening/abusive words/behaviour or disorderly behaviour likely to cause harassment, alarm or distress; and one count of racially/religiously aggravated harassment/alarm/distress by words/writing, towards Pc Mindaugas Sciukas.

Goddard, who live-streamed his arrival at court, addressed swells of supporters outside upon its conclusion.

But there was also an allegation that journalists – described as “vultures” during the hearing by Goddard – were intimidated at court.

An HMCTS spokesman said: “The safety and security of all court users is our priority and we’re deeply concerned to hear of intimidating behaviour at Westminster Magistrates’ Court this morning.

“We apologise to all those affected and are urgently investigating what happened. This sort of behaviour will not be tolerated.”