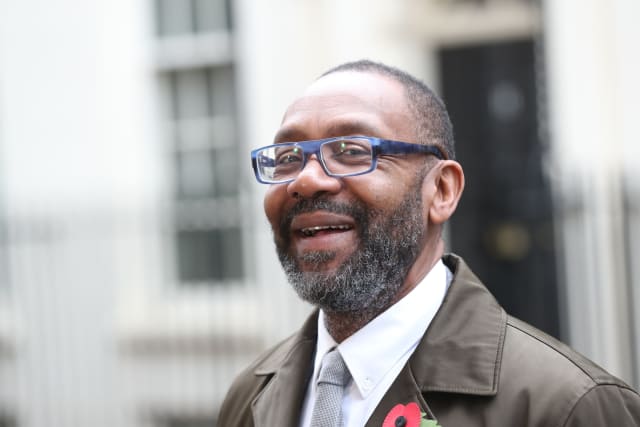 Sir Lenny Henry wants to see paintbrushes in children’s hands instead of knives and says arts clubs can provide a safe space for young people.

The comedian told more than 1,000 school leaders that after school groups can keep youngsters out of trouble and danger – out of a gang.

Addressing them at the Association of School and College Leaders (ASCL) conference in Birmingham, he said it was right that conversations about knife crime were being held.

Fresh from appearing on Friday night’s coverage of Red Nose Day, he said: “None of us here today have all the answers.

“But I do know that working in an artistic environment with access to artistic creativity helps people come up with creative solutions to difficult problems.

“It is a mixture of creativity, mediation, brainstorming, and then building on those things to reach an achievable goal.”

He added: “Arts education can provide safe spaces like clubs or after school groups that can keep young people out of trouble and danger – out of a gang.

“Because – let’s think about this – isn’t gang just another word for a company, or a cast? Isn’t it just the wrong type of collaboration?

“I want to see a world where young people are encouraged to collaborate in a positive way, to dream, play, improvise, doodle, be creative.

“I want to see paintbrushes in their hands, not knives. I want to replace stop and search with shut up and dance.”

Ofsted chief Amanda Spielman also briefly touched on the issue of knife crime when she delivered a keynote speech at the conference.

Speaking later to reporters, she said the time people are most concerned about, and are at the greatest risk, is roughly between 4pm and 6pm – once school is done for the day.

She added: “Children are not a school’s responsibility at that point.

“It is very much for parents to work out what their children are doing and where and to what extent they ought to be at home or supervised.

“To think about that period of time and to work out how best to make sure that if the child needs looking after, they are looked after.

“If they are past the age of being looked after in that way, that they are occupied constructively.”

Asked whether keeping schools open later was an option, Ms Spielman acknowledged the practice could work but said schools could not be mandated to do so without extra financial provision.

In her speech, the head of the inspections body said the “failures of parents” were part of wider social problems, giving the example of some children starting primary schools without having been potty trained.

She was questioned on if it was fair to attack parents, some of whom were struggling with basics like providing clothes for their children.

Ms Spielman replied: “Nobody is being attacked. There have always through history been parents who are very poor and have immense challenges making ends meet.

“We know that there are people who arrive in this country who have very limited family to fall back on and of course there are going to be some tough cases and we need to make sure we have the structures to handle.

“But I don’t think we should leap from that to say schools should be quasi-parents.”