New Zealand mosque shootings: What we know so far 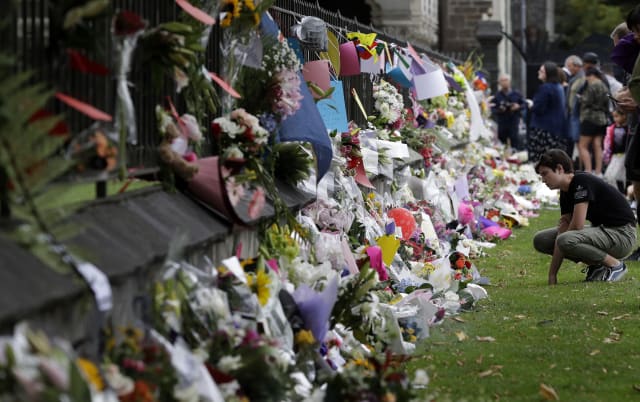 A man has appeared in court charged with murder after 49 people were shot to death during Friday prayers at two mosques in the New Zealand city of Christchurch.

Here’s what we know so far:

– At least 41 people were killed at the Masjid Al Noor mosque in central Christchurch while at least seven people died inside the suburban Linwood Masjid Mosque. One person died in hospital. In all, a total of 49 people were killed in Friday’s shootings.

– Brenton Tarrant, a 28-year-old from Australia, was charged with murder and appeared at a Christchurch court on Saturday morning. He was remanded until April 5. Police said further charges were expected to follow.

– Two others are in custody over the attacks and police are working to establish whether they had any involvement in the incident. A fourth person arrested on Friday, who was in possession of a firearm but with the intention of assisting police, was released a short time later.

– 39 people remained in the care of Christchurch Hospital on Saturday, 11 of them in intensive care.

– The majority of the patients were said to be male, aged between 30 and 40, while two of them are boys aged two and 13.

– A four-year-old girl was transferred to a hospital in Auckland in a critical condition.

– Ms Ardern also said the suspect held a Category A gun licence which enabled him to legally obtain semi-automatic weapons. She later said the firearms used in the mosque shootings appeared to have been modified. She said the country’s gun laws would change in the wake of the attack.

– Tarrant appeared to have live-streamed the terror attack and outlined his anti-immigrant motives in a manifesto posted online.

– Social media firms were criticised over the speed of their action to remove the footage from their platforms.

– Two improvised explosive devices were found on a vehicle after the shootings and were defused by police.

– Police said they were not actively looking for any identified suspects but said “that doesn’t mean they don’t exist”.

– All schools in Christchurch were put on lockdown and mosques told to shut their doors.