UK decision to stay in EU would be respected, says Hungarian minister 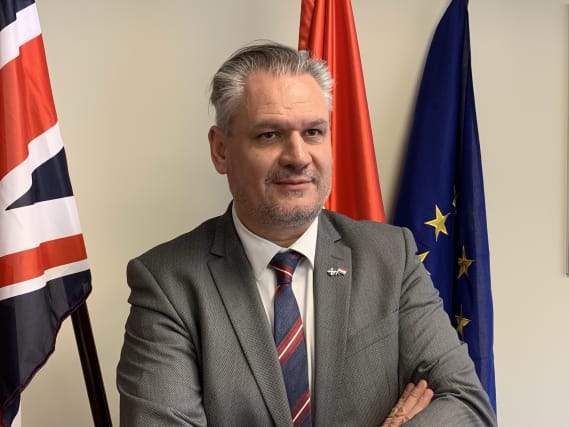 Hungary would respect the result of any vote that could reverse the UK’s decision to leave the European Union, according to its Minister of State for EU Policies.

Szabolcs Takacs visited Britain this week to provide Hungarians with clarity over their status in Britain post-Brexit.

The UK was due to depart the EU on March 29 but MPs on Thursday voted to delay the date of exit.

A number of MPs and campaigners have called for another vote on EU membership, with the option to remain on the ballot paper.

Mr Takacs told the Press Association on Friday: “As we speak today, I don’t see a high probability of a new referendum but what is not a probability today might be a possibility tomorrow.

“If this is the majority opinion, then we will accept it and we will respect it.

“British politics in general very much respects constitutional identities, traditions, parliamentarianism, the role of national parliaments in decision-making – also at the European level – and this has been very dear to our hearts.

“That’s why for us a country is leaving which is close to us in European policy issues, so in case there is a reverse procedure Hungary will look at it in a constructive manner.”

Mr Takacs was speaking at the Hungarian Consulate in Edinburgh, which opened in December.

He said it was important to give clarity to Hungarians living in the UK and suggested that even in the event of a disorderly Brexit their rights would still be protected.

“I think we can say that the acquired rights of the European Union citizens, including Hungarians, were guaranteed at a very early stage of the Brexit negotiations and it’s rightly so,” he said.

“We have to make sure that their life will not suffer any negative consequences just because there was a democratic decision on the referendum on Brexit.

“Even if there is a disorderly withdrawal, a scenario we wouldn’t like to see in Hungary, there are unilateral political statements by high level representatives of the UK Government, including the Prime Minister, that they will anyway guarantee the acquired rights of those who are already here and who come and stay in the UK before the check-out date.”

Mr Takacs added he believes Hungary and Scotland would continue to have close ties when the UK departs the EU.

He said: “We see a lot of potential economically in the Hungarian-Scottish cooperation in future.

“Culturally, we very much respect and value your traditions, your culture …

“I believe that Scotland and the Scottish people, the vast majority of them voted for remain, certainly have a high ambition to stay close to the European Union and the member states, including Hungary.”