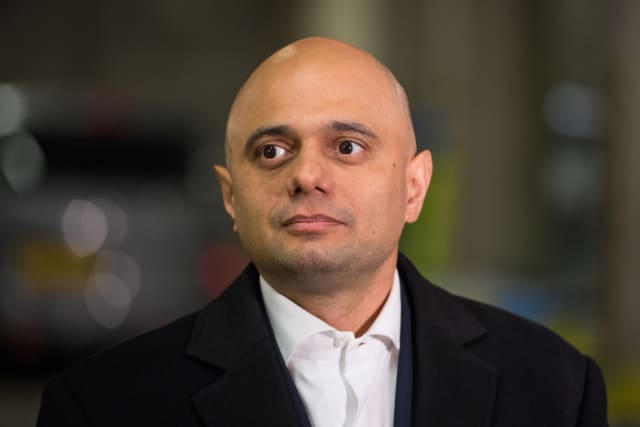 Home Secretary Sajid Javid said he has been left “sick to the stomach” by a terror attack in New Zealand which claimed the lives of 49 people.

Right-wing extremist Brenton Tarrant, 28, from Australia, went on the shooting spree at two mosques in Christchurch.

Writing in the Express, Mr Javid called the attack “heart-breaking”.

He added: “Sick to the stomach by the massacre of 49 innocent worshippers as they attended Friday prayers.

“They were simply targeted for being Muslims, as they paid respects to God.

“My own late father never missed Friday prayers. I often joined him, and I fondly look back on the peaceful moments we shared.”

Footage of the attack, which had been filmed by the gunman, was circulated online after the massacre.

Mr Javid urged people to stop viewing and sharing the “sick material” online, adding: “It is wrong and it is illegal.

“Online platforms have a responsibility not to do the terrorists’ work for them.

“This terrorist filmed his shooting with the intention of spreading his ideology.”

He said tech companies “must do more” to stop his message being broadcast.

Mr Javid added that the Government is trying to address what he called “illegal” behaviour and “companies who don’t clean up their platforms should be prepared to face the force of the law”.

The Home Secretary acknowledged that British Muslims will be feeling worried in the wake of the attack.

He added: “I say to them what I told my own concerned friends and family members who contacted me in the aftermath.

“You have my unwavering support at this terrible time.

“I condemn this atrocity with every fibre of my being.”

The UK was recently “rocked by a wave of terror attacks”, he said, adding: “We know just how it feels.

“The prayers of our whole country are with the victims of this atrocity.”