Man shot dead by police during operation at block of flats 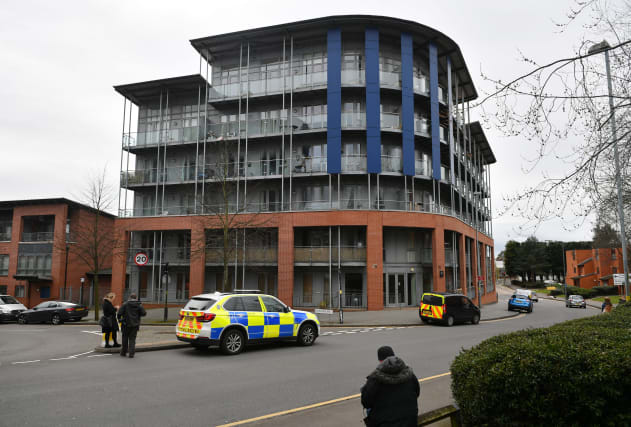 A 51-year-old man has been shot dead by armed police during an operation in a block of flats near Birmingham city centre.

The victim died at the scene after a single gunshot was discharged on Friday, according to the Independent Office of Police Conduct (IOPC).

A team of six West Midlands Police firearms officers were executing a warrant on the fourth floor of the building in Wheeleys Lane when the incident happened, the police watchdog said.

The dead man was named on social media by close friends as father-of-two Trevor Smith, who lived alone at the flat.

Ambulance crews were called to the flat by police at 5.04am and the IOPC’s investigators were notified by the force of a police shooting just before 6am.

In a statement, the force said the operation had been “intelligence-led”.

The IOPC said it was unable to comment on whether the dead man was armed.

“A man in his 50s was shot and died a short time later at the scene,” West Midlands Police said.

Speaking at the scene, IOPC commissioner Derrick Campbell told the Press Association that body-worn video footage from the officers which captured the incident – including the gunshot – was being reviewed.

He added that the area was being forensically examined as part of the inquiry and that the officers involved had been taken to a “neutral police station” for debriefing.

Mr Campbell said: “This morning, police were carrying out the execution of a warrant to try and arrest the individual.

“They notified my office just before 6am that an officer had discharged their weapon and someone had been shot.

“My team deployed to the scene.

“By that time the person had died at the scene.”

He added: “My team of investigators are inside.

“I’ve just been upstairs to have a look at what is going on and the forensics are going on at the moment.”

Giving further details, Mr Campbell said: “We know the individual was in his 50s, we know so far one round was fired.

“As we speak, my investigators have downloaded the body-worn footage.

“My understanding at this stage is it has captured everything that took place during the incident – including the shot – that’s my understanding.

“We are viewing the footage to see what takes place.”

He said: “There were, within close proximity, in region of six police officers.

“We know from early indications there were two officers standing in front of the door.

“That’s as much as I can say at this moment in time.”

He was unable to confirm whether the shooting happened within a flat or a communal area, given what stage the investigation was at, but said it had been contained “inside the block”.

This is the fourth time since 2017 that West Midlands Police has discharged a firearm on operations.

It is the second fatal shooting this year involving the force’s armed officers, after 31-year-old Sean Fitzgerald was shot once in the chest during an incident in Coventry in January.

Commenting on the recent shootings involving police, Mr Campbell said: “Well fortunately within the Midlands in the last 17 years we’ve had two fatalities – unfortunately (it is) in the last three months those fatalities took place.

“We have a very professional police service.

“Our police officers put their lives at risk every single day they’re here to protect the public and the public rightly want to be reassured that they discharge their duty professionally.

“They face all manner of threats, knives, guns, all kinds of weapons, in their daily duties.

“I haven’t got all the details in this particular incident, but what I can say is that the investigation that we do, we find that our police officers are facing huge challenges.

“Having said that the public want to be assured the police officers carry out their job without impunity and in a professional manner and that is the reason we are involved to ensure a robust investigation is taking place.

“Every case is looked at on its own merit and we will be sharing our findings at the end of that.”

The West Midlands Ambulance Service said it was called to reports of a gunshot incident at the address at 5.04am on Friday.

A spokesman said: “On arrival, crews discovered a man in cardiac arrest.

“CPR was already being performed, which ambulance staff took over and also administered advanced life support.

“However, despite everyone’s best efforts it sadly became apparent nothing could be done to save him and he was confirmed dead at the scene.”