Man jailed for setting fire to his rental home 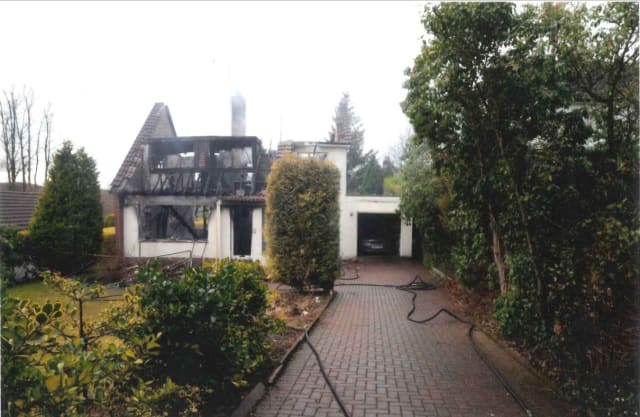 A man who tried to extort nearly £100,000 from his landlord and deliberately set fire to a house he had been renting has been jailed for 12 years.

Joshua Rosenberg, 43, was found guilty of attempted extortion, attempted fraud, wilful fire-raising and attempting to pervert the course of justice.

A judge at the High Court in Glasgow told Rosenberg, who has significant previous convictions, that a “very substantial” prison sentence was required to punish him and to protect the public.

According to prosecutors, Rosenberg and his wife moved into a property in Dollar, Clackmannanshire, in December 2014.

He began sending numerous emails to the landlord and their solicitor throughout January 2015, making threats and demands for increasing amounts of money for legal costs and damages, the Crown Office said.

The threats included having the landlord struck off the register, investigated for tax evasion and criminal offences, and having them declared bankrupt.

According to a sentencing statement issued following the case, judge Lord Becket told him: “Your threats were manipulative, deeply cynical and downright cruel, and have had profound effects.”

Prosecutors said that in February 2015, fire destroyed part of the house and damaged his luxury car.

Investigators found the vehicle had a sheet soaked with petrol hanging from the door.

Rosenberg attempted to obtain £53,780 from his insurers by falsely claiming the property had been broken into and set on fire.

He cited a report from a property maintenance company that he had actually produced himself, officials said.

Rosenberg also attempted to bribe and threaten a man into admitting to authorities that he had set the fire.

When it did not succeed, he sent letters to public officials purporting to be from that man.

Referring to Rosenberg’s campaign to “divert attention” from himself, the judge told him: “You sought to besmirch the reputation of the police officer who interviewed you, making extremely serious but baseless criminal allegations against him.

“When none of this worked you sent serious and alarming threats to a member of the Scottish Parliament.

“You sought to mislead the Deputy Chief Constable by making serious but baseless allegations about corruption within the police.

“You wrote to the First Minister of Scotland pretending that you were someone else, falsely confessing to numerous other crimes, and you made threats to blow up the Scottish Parliament.

“I recognise that there is no basis to conclude that you actually intended to follow through these threats but the recipients of them, and the authorities, were not to know that.”

Speaking at the end of the case, Nicky Patrick, procurator fiscal for homicide and major crime, said Rosenberg had been behind a “persistent catalogue of criminal behaviour”.

She said: “This was a complex case which required close cooperation and careful investigation by police and prosecutors to piece together the full extent of his attempts to not only fraudulently make money but to then cover his tracks.”