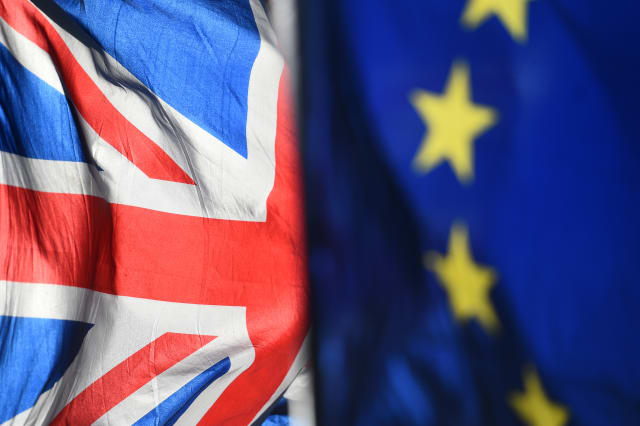 The DUP has branded Brexit talks with the Government as “constructive”.

The move comes as Theresa May battles to build support for her EU withdrawal deal.

The Prime Minister knows that winning support from the DUP could lead to her deal being approved by the Commons next week, after it was rejected for the second time on Tuesday.

Following the top level discussions, DUP deputy leader Nigel Dodds said: “We have had a long series of discussions with a series of Cabinet ministers today.

“We have had a constructive dialogue. Those discussions will continue over the coming period of time.”

Asked if extra cash for Northern Ireland had been discussed with Chancellor Philip Hammond, Mr Dodds said: “The Chancellor of the Exchequer is obviously a key member of the Government, but he is also responsible for HMRC and the whole issue of their involvement in customs and other regulatory issues is a key concern for us.”

Other ministers involved in the talks included David Lidington, Michael Gove and Julian Smith, he said.

Mr Dodds said: “We are not discussing cash in these discussions.”

When the DUP agreed to prop up Mrs May’s Government in a confidence and supply agreement in 2017, the party secured an extra £1 billion in funding for Northern Ireland.

Mr Dodds said the Government was now “very focused” on addressing the issue of the Northern Ireland backstop.

He said: “From day one, our focus has been on the red line of how Northern Ireland is treated separately from the rest of the UK.

“That is the issue that has been the priority concern for us.”

The talks come as European leaders consider whether to agree to UK calls for Britain’s departure to be delayed.

MPs backed a bid to push back Brexit beyond the scheduled date of March 29 in dramatic parliamentary scenes which saw a majority of the Conservative party in the opposite lobby from the Prime Minister.

Brexit Secretary Stephen Barclay, who voted against the Government motion requesting an Article 50 extension, told the BBC: “There were two parts of the motion, a short technical extension which we need with the deal, and we are pushing that.

“That’s separate from whether you just have a long extension, rather than no deal.”

Mr Barclay added: “We need a deal. We need to get that over the line.

“But, if we don’t have a deal, then we should leave with no deal.

“That’s always been my position, and I voted as the constituency would expect me to do last night.

“If we get the deal through as I hope we still will, we will now need a short, technical extension.

“But, if not, we shouldn’t be afraid to leave with no deal.”

Former Cabinet minister Esther McVey suggested Brexiteers could back Mrs May’s deal next week in order to make sure the UK leaves the EU.

She told BBC Radio 4’s Political Thinking with Nick Robinson podcast: “The element now is that people will have to take a bad deal rather than no deal.”

She added: “They’ll know it’s a rubbish a deal. They didn’t believe and neither would I have believed – having got warm words from people in authority ‘we will do this’, and remember the 100-plus times ‘we will be out on March 29’ – absolutely not.

“Remember those words ‘we will not be part of the customs union, the single market’, all of those red lines.

“Would you have believed they would have been broken, not adhered to and then run the clock down and not go back with a negotiating hand to change it?”

She added that people would have to “think a different way next week”.

Any Brexit delay will require the agreement of the other 27 European Union members, with talks about any conditions for an extension set to begin before leaders gather at a summit next week.

Following the talks, Mr Rutte said the current Withdrawal Agreement is the “only deal on the table”.

Mr Tusk said: “I will appeal to the EU27 to be open to a long extension if the UK finds it necessary to rethink its Brexit strategy and build consensus around it.”

But European Parliament Brexit co-ordinator Guy Verhofstadt questioned why the leaders of the 27 should grant an extension if Mrs May was “not ready for a cross-party approach to break the current deadlock” in the Commons.

The Prime Minister is set to bring her Brexit deal back to the Commons for a third meaningful vote next week, and Attorney General Geoffrey Cox has sought to provide further legal assurances about the Irish backstop.

But Mrs May’s hopes of persuading Eurosceptics and the DUP to back the deal were dealt a blow after the “Star Chamber” of Brexiteer lawyers rejected Mr Cox’s latest assessment.