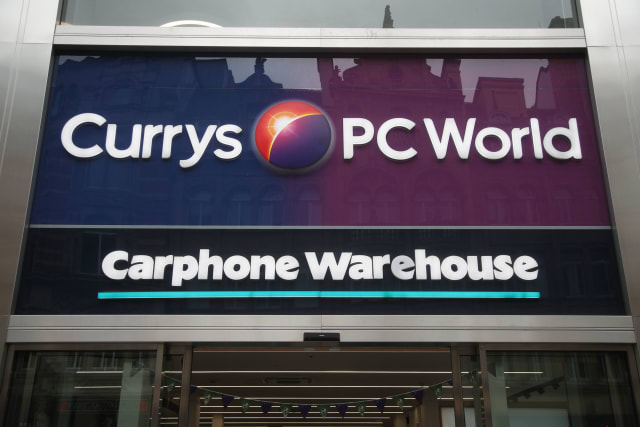 Consumer group Which? has warned Currys PC World it is ready to “pursue all available options” to stop the retailer charging customers up to £40 for an optional laptop setup service.

The watchdog said it believed the retailer was continuing with the “unscrupulous practice” of charging for the service when laptops bought online were picked up in-store four years after the issue was first raised.

Which? has written to Currys PC World warning that the charges could breach UK and EU consumer law and demanding that customers who have wrongly paid the extra money be reimbursed.

In March last year Currys apologised after customers complained they had been pressured into paying more than the advertised price for laptops on multiple occasions since 2015.

At the time, Which? said 108 customers had reported ordering laptops or seeing them advertised at a specific price only to be charged up to £40 more on collecting them.

Customers reported staff telling them that pre-setup computers were the only ones left in the shop, so they would have to pay a previously unmentioned additional set-up fee.

Which? said it had since heard of a series of cases where customers had been pressured into paying up to £40 for the company’s Knowhow laptop setup service, even though they had not requested it.

It has now informed the retailer that it will consider pursuing “all available options” to ensure the practice is brought to an end.

It said it believed the practice could amount to ‘bait advertising’ – when a retailer lures someone into their store with the promise of a good deal in the knowledge that they cannot honour the offer or there is only a limited supply of stock.

This is deemed an unfair practice under the Consumer Protection from Unfair Trading Regulations.

The watchdog said Currys could also be in breach of Consumer Contracts Regulations, which require retailers to make the full price of a product clear to consumers for products bought online.

Eleanor Snow, Which? consumer rights editor, said: “It is very concerning that Currys PC World has allowed this unscrupulous practice to carry on for four years – despite repeated warnings and overwhelming evidence that it may be in breach of consumer law.

“Previous efforts from the company to resolve the issue have been woefully insufficient, so we now want to see it tackle the issue head-A branch of Carphone Warehouse in Currys PC World, on Oxford Street, central London. on so no more customers are left out of pocket unnecessarily.”

A Currys PC World spokeswoman said: “On a small number of new laptops, we pre-install software to help customers who want to avoid waiting a few hours in store for the service or having to do it themselves at home.

“This is not something every customer needs and, where a colleague only has a pre set-up laptop in stock, our policy is absolutely clear that customers should be made aware and not be charged for the service.

“If any colleague is found to be charging customers for a pre set-up laptop in the absence of any other available stock, we will investigate accordingly and would ask for concerned customers to get in touch with us at whichsupport@dixonscarphone.com to arrange a refund.”