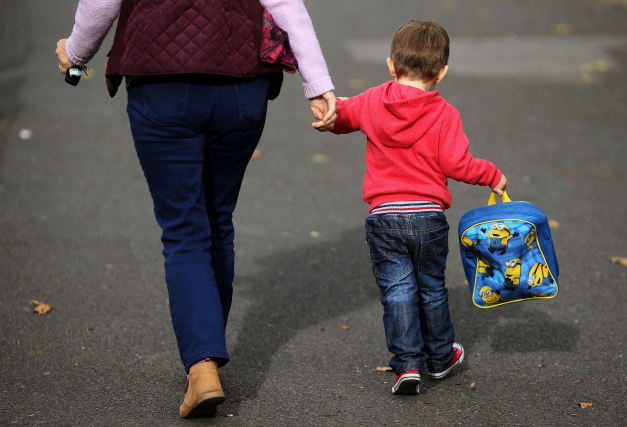 God would support a ban on smacking children, the Church of Scotland has said.

The Kirk has come out in support of a ban and will tell MSPs that Jesus would not have countenanced violence against children.

Faith groups will give evidence to the Scottish Parliament’s Equalities and Human Rights Committee on Thursday about the proposed Bill, which was introduced last September by John Finnie MSP.

Ahead of the committee meeting in Skye, Rev Peter Nimmo argued there are theological and humanitarian reasons to oppose physical punishment of children.

Rev Nimmo, a minister from Inverness, said: “Scripture constantly challenges social norms, both from the time when it was written and today.

“Through scripture we are encouraged to ask difficult questions about how we live and are in the world.

“In doing this our primary example is Jesus, who consistently challenged violence and highlighted that children were central to the world he called us to create.

“We believe that God would want us to give children the same protections as adults, ensuring they are able to thrive and flourish.”

Two meetings with faith leaders have been organised in Skye, with the Church of Scotland, Quakers and Humanists due to speak in support of the Bill.

Mairi Campbell-Jack, Scottish parliamentary engagement officer for Quakers in Britain, will also welcome a change in the law when she speaks to the committee.

She will say: “Quakers believe that non-violence is something that needs practice throughout a lifetime, and that the grounding for a non-violent life starts in childhood.

“However, we also feel that a law alone is not enough, and that to create lasting cultural change, education, training, support and compassion needs to be offered to those who struggle to meet the requirements of the Bill.”

Fraser Sutherland, from Humanist Society Scotland, added: “It’s good to see progressive voices in the faith and belief community listen to the evidence of harm and stand up for children.

“As a Humanist, I am proud to stand alongside Christians and those of other faith groups who support protecting children from violence.”

The support for the Bill by religious and faith organisations was welcomed by Children 1st, Barnardo’s Scotland and NSPCC Scotland.

On behalf of all three charities, Mary Glasgow, chief executive of Children 1st, said: “It is clear that many in faith and belief communities want to see an end to the physical punishment of children.

“We welcome their support for the move to give children the same protection from assault as adults, through the Children (Equal Protection from Assault) Bill.”

However, several religious groups are arguing against the ban, including the Christian Institute, the Evangelical Alliance and the Free Church of Scotland.

In written evidence submitted to the committee, the Presbytery of the Outer Hebrides of the Free Church of Scotland (Continuing) said it is strongly opposed to a ban.

It said: “Reasonable chastisement, in the form of a mild physical punishment such as a smack, is one of the means belonging to parents whereby they are able to discipline their children when they are disobedient, out of love for them and for their good.

“The absence of proper discipline in the home and in the school has been responsible in part for the lack of respect for authority in society.”

If passed, the legislation would remove the defence of “justifiable assault” in Scots law, which allows parents to use physical punishment on children.