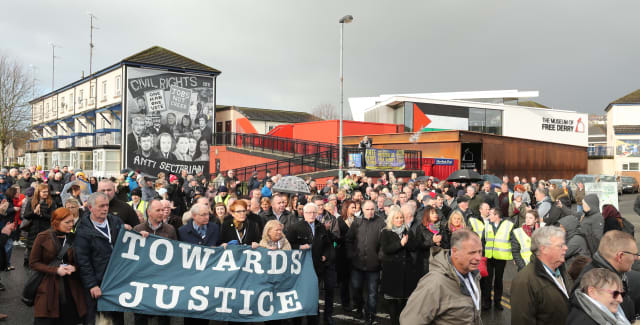 One former paratrooper is to be prosecuted for two murders and four attempted murders on Bloody Sunday, Northern Ireland’s Public Prosecution Service (PPS) has announced.

The veteran, known as Soldier F, will face prosecution for the murders of James Wray and William McKinney and the attempted murders of Joseph Friel, Michael Quinn, Joe Mahon and Patrick O’Donnell in Londonderry in 1972.

Sixteen other former soldiers and two suspected ex-members of the Official IRA, all of whom were also investigated as part of a major police murder probe, will not face prosecution, the PPS said.

Thirteen civil rights demonstrators were shot dead on January 30 1972, on one of the most notorious days of the Northern Ireland Troubles.