Donald Trump has said Theresa May ignored his suggestions on how to negotiate Brexit.

The US President said he is surprised at how badly Brexit negotiations have gone, saying it is "tearing countries apart".

He also came out as against a second referendum, saying it would be unfair on those who voted to leave.

Speaking in the Oval Office where he is meeting Irish premier Leo Varadkar, Mr Trump said: "It's a very complex thing right now, it's tearing a country apart, it's actually tearing a lot of countries apart and it's a shame it has to be that way but I think we will stay right in our lane.

"I'm surprised at how badly it has all gone from a stand point of negotiations but I gave the Prime Minister (Theresa May) my ideas of how to negotiate it, she didn't listen to that and that's fine but it could have been negotiated in a different manner." 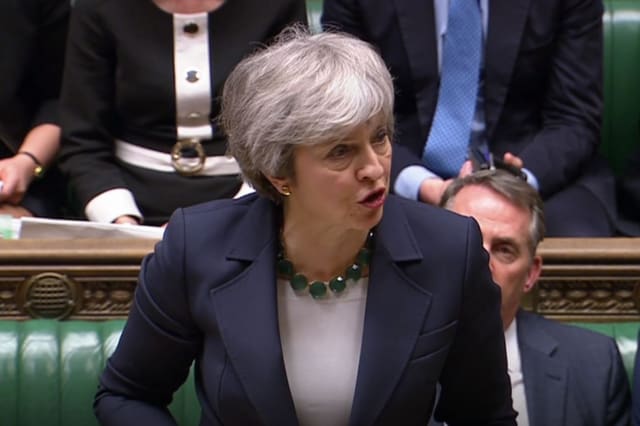 Asked if he thinks the Brexit deadline should be extended, Mr Trump said: "I think they are probably going to have to do something because right now there are in the midst of a very short period of time, at the end of the month and they are not going to be able to do that.

He added: "The EU has been very tough to deal with and frankly it's been very one-sided for many years so we are changing that around."

Mr Trump's comments come as MPs prepare to vote on a second Brexit referendum this evening – the first time they have been given an official opportunity to have their say on the issue.

The House of Commons will hold another series of crunch votes later today focusing on whether to delay Brexit by requesting an extension to Article 50, the legal mechanism countries use to leave the EU.