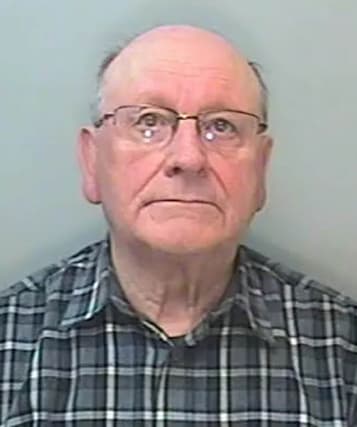 A Catholic priest has been jailed for nine years and 11 months after abusing six children in the 1970s, leaving one of his victims “in fractured pieces”.

Francis McDermott, 75, abused six victims, some as young as 10, in London, Norwich, and High Wycombe, Buckinghamshire, between 1971 and 1978, Aylesbury Crown Court heard.

One victim said on Thursday he had a “devastating impact” on her life, adding: “I look in the mirror and see myself in fractured pieces.”

She said that since September 3 – when McDermott was charged – she “can’t tell people if it’s relief, sadness, anger or hate” when asked how she felt.

Addressing her abuser, she said: “My dad died on Christmas eve. A year later you were putting your hands down my knickers and snogging me.

“My first experience should not have been with a Roman Catholic priest 17 years older than me.”

She told the court how she had to stop intimacy with partners because when she closed her eyes, all she could see was his face.

She accused McDermott of using her mother’s Catholic faith to get close to her, and described the difficulty of picking out Mother’s Day cards, telling the court: “I tried to understand why my mother had let me down.”

“Even though people knew, they still had him in their house,” she said.

“I hate you. There is no one to blame but you.”

The victim added she could no longer look at her reflection in mirrors and took medication for the depression which the abuse caused.

A second victim said she did not tell anyone what happened for years because: “I felt important to him.”

She said she had come to realise it was an “abusive manipulative relationship” and that he had “used my parents’ trust and religious indoctrination” to abuse her.

Years later, after telling her family, she recalled how they realised that they had “all been married and baptised by a disgusting monster”.

As a result, she told the court that her brother and his wife had cut out McDermott’s face from all of their wedding photos and had decided to renew their wedding vows.

She told the court she no longer has a relationship with the Catholic Church, saying: “I have lost all faith. I have no religion.”

The offences were reported to the church on two separate occasions but were not passed on to police after McDermott denied the allegations, the court heard.

Judge Catherine Tulk told McDermott he had “turned down so many opportunities to admit your wrongdoing”.

She noted the irony that one of the central tenets of the Catholic Church was confession.

“In my view it is an aggravated delay in the victims receiving justice,” the judge said.

“You abused the trust of those six children and their parents in a callous fashion.”

Trevor Burke QC, defending McDermott, said the defendant had been a Catholic priest “all his adult life” but said “for a period of seven years where he had completely lost his way”.

He told the court McDermott “plainly cannot be the man he was then”.