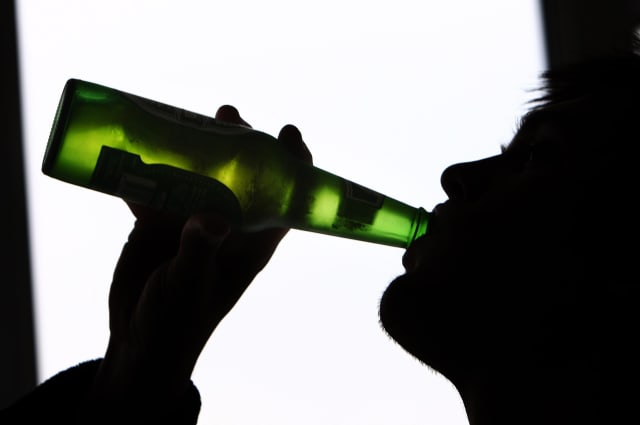 Teenagers who are very aware of alcohol marketing are likely to consume more and be higher-risk drinkers, research suggests.

Almost one in five (17%) of young people aged 11 to 19 own branded alcohol merchandise, which is also linked with increased and more unhealthy drinking habits, according to a new study.

The researchers said the findings, published in the journal BMJ Open, support measures to reduce young people’s exposure to the marketing of alcohol products on TV, social media and through sponsorship.

Data on almost 3,400 people aged 11 to 19 from England and Scotland were analysed as part of the study.

Three-quarters (76%) were under 18, and so not legally allowed to buy alcohol, but around half (48%) were current drinkers and 44% of this group were considered to be high-risk drinkers.

High-risk drinking was measured using a scale which looked at how often someone consumed alcohol, the number of units drunk on a typical occasion, and the frequency of binge-drinking.

Young people with a high awareness of alcohol marketing, who could recall seeing more than 54 examples in the last month, were likely to drink more, the study found.

They were also one-and-a-half times more likely to be higher-risk drinkers than those reporting medium or low awareness.

Among young people who had never drunk alcohol, those who owned alcohol-branded merchandise were twice as likely to try it in the next year.

“Alcohol marketing is more than advertising, it exists in many different forms – more commonly known as the marketing mix – and we found this was reflected in what young people recalled,” said lead author Dr Nathan Critchlow, from the University of Stirling.

“Although alcohol consumption can be influenced by a variety of factors, we found that the association between alcohol marketing and increased consumption and higher-risk drinking in current drinkers, remained even after controlling for a range of demographic and confounders, such as parental and peer drinking.

“This was also true for the association between owning branded merchandise and susceptibility in never-drinkers.”

The authors noted that the research only shows a link between awareness of alcohol marketing and drinking habits, and does not prove cause and effect.

However, they wrote: “The results highlight that ‘360-degree’ marketing strategies have created several avenues for young people to be exposed to, or involved with, alcohol marketing.

“Further scrutiny and examination of the UK’s self-regulatory approach and viable alternatives are needed to identify feasible, appropriate and effective means of reducing marketing exposure in young people.”