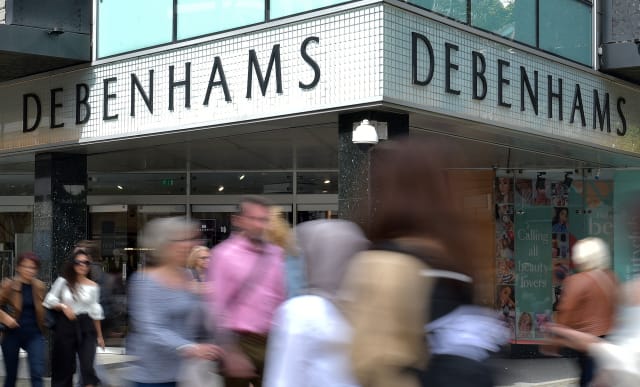 Mike Ashley’s Sports Direct has escalated a tussle with the directors of Debenhams, raising concerns with the City watchdog over the group’s communications.

In a letter released on Wednesday that was written just days before Mr Ashley launched an attempted coup to install himself on the Debenhams board, Sports Direct took issue with the retailer’s results statements.

The correspondence, which is dated March 4 – the day before Debenhams issued a profit warning to the market – claims that a previous trading statement in January was “at best impossibly optimistic or at worst deliberately misleading”.

In the trading statement in question, Debenhams noted it was “currently on track” to meet market expectations.

Eight weeks later, the retailer warned its profits would be lower after a hit to sales in the 18 weeks to January 5.

Sports Direct, which is the largest shareholder in Debenhams, was sent a copy of the profit warning the night before it was made public.

The company responded with the letter, which accused Debenhams of being “misleading” by stating in January that it continued “to generate cash”, despite ongoing discussions to refinance the business.

The letter was also shared with the FCA, in a move Sports Direct described as putting its concerns on record.

It goes on to say: “Your priority and fiduciary duties as directors are to secure the best outcome for the shareholders. This is clearly not the case as we believe the majority of shareholders’ best interests are being undermined by the continued misleading public statements, and cloak-and-dagger actions in the refinancing process whereby, as noted, we are not getting anywhere near close to the required level of interaction and response from management to help us help you.”

Sports Direct also complained of being “very unhappy with the quality,
quantity and speed of information and decision-making with regards to us in this restructuring process”.

Earlier this week Debenhams confirmed it is in advanced talks to borrow £150 million as part of efforts to stay afloat.

Mr Ashley tabled a proposal last Thursday for a shareholder meeting to remove “all of the current members of the Debenhams board”, other than finance chief Rachel Osborne.

It is the latest move in the maverick businessman’s high street shopping spree. Last year he bought both House of Fraser and Evans Cycles, and has previously been linked to bids for Patisserie Valerie and HMV.

Sports Direct also raised its stake in Game Digital on Wednesday, taking its holding from 25.75% to 28.4%.