Not cool: Untaxed ice cream van taken off the road 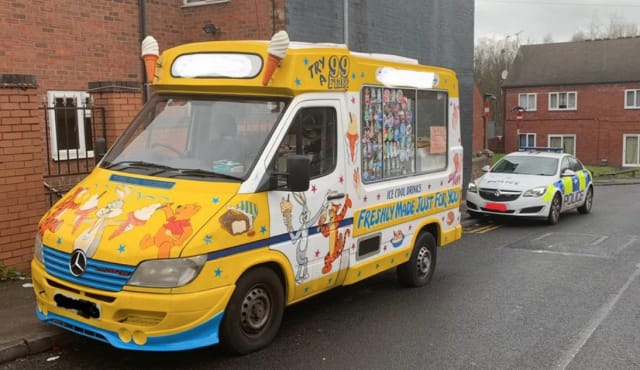 An ice cream van has been seized by police in Walsall for having no road tax.

West Midlands Police tweeted a picture of the offending vehicle with a pun-laden message urging drivers not to be “flakey”.

The yellow-and-blue Mercedes was spotted by officers while they were parked up on administrative duties.

The tweet, confirming the van had been driven away on a recovery truck, appeared to chime with social media users, attracting numerous jokey replies.

One Twitter user queried whether the ice cream salesman had been halted from his work on a “sundae”, while another asked if the area had been coned off.