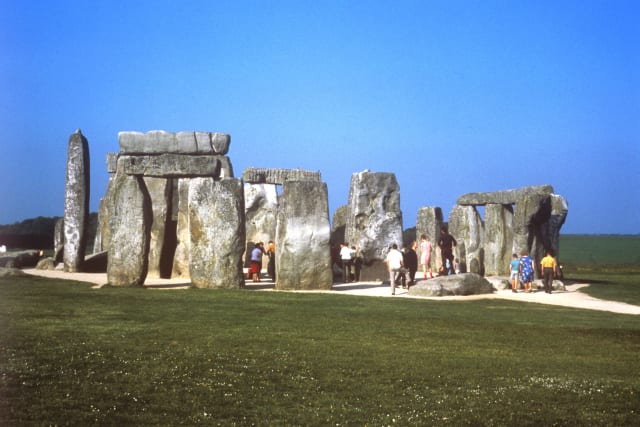 Ancient Britons travelled for hundreds of miles for rave-like mass gatherings around Stonehenge, a study suggests.

They brought home-reared pigs to the feasts, whose discarded bones have been analysed by scientists.

The results show that people travelled from as far away as Scotland to attend the ritual “parties” in Wiltshire more than 4,000 years ago.

Chemical signals in the bones from the food and water the animals consumed identified the geographical areas where they were raised.

The scientists were surprised to find that the pigs had come from as far away as Scotland, north-east England, and west Wales.

Lead researcher Dr Richard Madgwick, from the University of Cardiff, said: “This study demonstrates a scale of movement and level of social complexity not previously appreciated.

“These gatherings could be seen as the first united cultural events of our island, with people from all corners of Britain descending on the areas around Stonehenge to feast on food that had been specially reared and transported from their homes.”

Pigs were the prime source of meat for Neolithic feasting, said the scientists.

Dr Madgwick added: “Arguably the most startling finding is the efforts that participants invested in contributing pigs that they themselves had raised. Procuring them in the vicinity of the feasting sites would have been relatively easy.

“Pigs are not nearly as well-suited to movement over distance as cattle and transporting them, either slaughtered or on the hoof, over hundreds or even tens of kilometres, would have required a monumental effort.

“This suggests that prescribed contributions were required and that rules dictated that offered pigs must be raised by the feasting participants, accompanying them on their journey, rather than being acquired locally.”

The research is reported in the journal Science Advances.