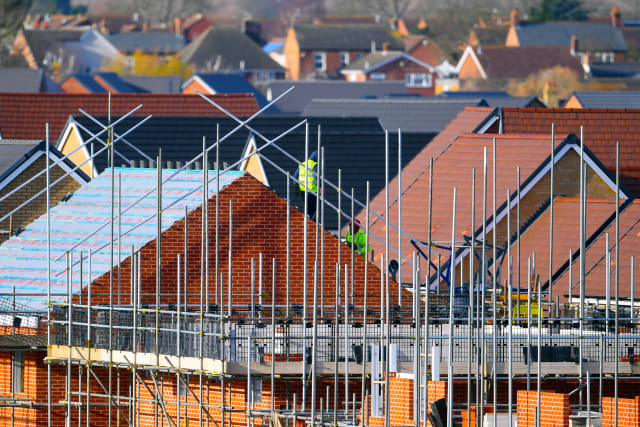 The number of new build homes completed in Scotland has increased, according to official figures.

Statistics published by the Scottish Government on Tuesday show that the number of new builds completed across all sectors to September 2018 rose by 4% on the same period for the previous year.

The statistics include increases in the number of housing association completions (35% or 887 homes) and local authority completions (8% or 116 homes). Private-led completions, however, fell by 368 homes (3%).

The figures also show that there was an increase in the number of new build homes which were started over the period to September last year.

He said: “Making sure everyone has a safe, warm and affordable home is central to the Government’s vision for a fairer and more prosperous Scotland.

“I am delighted that we remain on track to deliver on our ambitious target to deliver 50,000 affordable homes during the lifetime of this Parliament, backed by over £3 billion of investment.

“Since 2007, more than 82,000 affordable homes have been delivered, including 55,920 homes for social rent. We are now past the halfway point of our current programme and the latest figures show that we continue to lead the way on affordable housing.

“With a Brexit ‘no-deal’ looming, we must not allow the UK Government’s approach to jeopardise this. We will continue to work with the housing sector on Brexit-related risks and I am still committed to deliver our ambitious target of 50,000 affordable homes by 2021.”