Taoiseach: Woman suspected of IS link will be allowed to return to Ireland 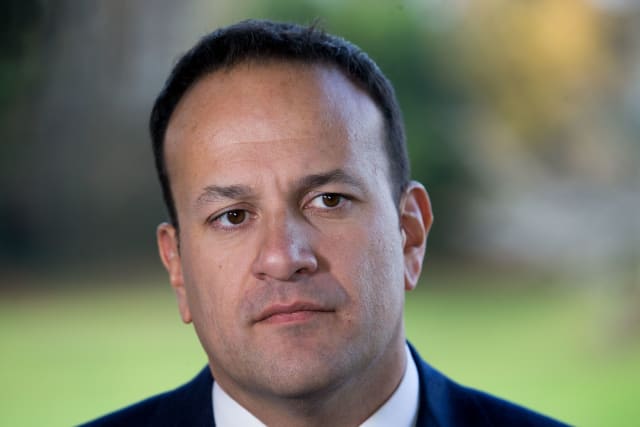 An Irish woman detained in Syria will be allowed return despite her alleged links to Islamic State (IS), the Taoiseach has said.

Leo Varadkar said an investigation will need to be conducted before Lisa Smith will be allowed to re-enter the country but he said it was the compassionate thing to do.

Ms Smith, 37, originally from Co Louth, has been detained for being suspected as a member of IS.

She was a member of the Irish Defence Forces before she converted to Islam and emigrated to Syria.

Mr Varadkar said going to live in Syria, or what was called Islamic State, was not in itself an offence or a crime.

“I know the authorities there will want to interrogate her to see if she has been involved in any crimes there,” he said.

“But it’s very possible that she was never a combatant.

“We really need to get to the bottom of the facts here, carry out a security assessment to see if the Syrian authorities want to carry out a prosecution or not.

“But ultimately this is an Irish citizen and we don’t believe that removing an Irish citizen’s citizenship from her or her child and rendering her stateless would be either the right or compassionate thing to do.”

“But it’s not just as simple as coming here and proceeding as if nothing had happened,” he said.

“There will need to be an interrogation by the authorities there. There may need to be a prosecution there.

“And we’ll make sure that if she returns to Ireland, she isn’t a threat to anybody here either.”

Irish woman Carol Duffy, who helped Ms Smith convert to Islam nine years ago, said she was shocked to hear of her suspected links to the Islamic State.

“People are judging her now from what they see but the Lisa Smith I knew was a genuine, nice girl.,” she said.

“She was very funny and very approachable and from a nice family.

“I think what has happened to Lisa is a level of brainwashing that we will never be able to comprehend.

“I think she was promised a great life and I think she believed them. She is very vulnerable and is guilty of being naive.”

Asked whether she think Ms Smith should be allowed to return to Ireland, she said: “I was very conflicted by all of this because in one way I’m very adamant that anyone who gets involved in that kind of carry on needs to be punished.

“The other thing is we have no proof she has done anything.

“The Lisa I knew was not confrontational, (she) would never physically hurt anyone.

“The idea that she would be over there doing something? No, I don’t believe she lifted a gun and killed anyone.

“I don’t even believe she was sympathising with them, I think she was looking for something in life and it din’t turn out that way.”