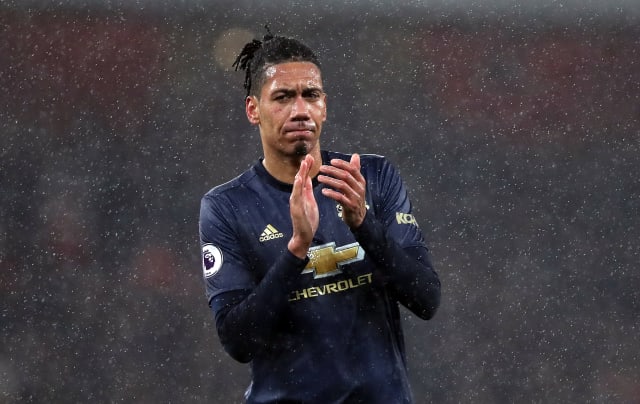 A football supporter has been charged with pushing Manchester United defender Chris Smalling during a match against Arsenal.

Gary Cooper, 30, of Chertsey, Surrey, is accused of common assault and going on to the playing area at Emirates Stadium on Sunday.

It is claimed he ran on to the pitch and shoved Smalling in the side as Arsenal celebrated their second goal.

Mr Cooper was charged on Monday and bailed to appear at Highbury Corner Magistrates’ Court on March 26.