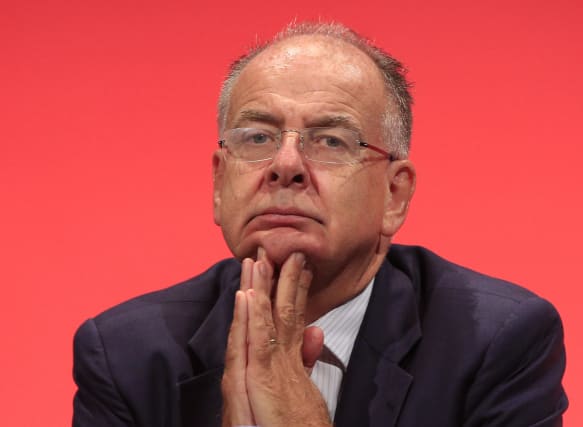 The former lord chancellor, who had been asked to lead work reviewing the party's handling of the issue, said the anti-Semitism row posed an "existential threat" to the party.

The senior peer has said he will not take up a role investigating the issue until the human rights watchdog decides whether to launch its own independent probe.

The Equality and Human Rights Commission said last week it was considering using its statutory powers because the party "may have unlawfully discriminated against people because of their ethnicity and religious beliefs".

Lord Falconer said an "urgent investigation" was required into whether officials in Mr Corbyn's office intervened in anti-Semitism cases.

The Sunday Times reported that Seumas Milne, the Labour leader's director of strategy and communications, told party officials to reinstate Glyn Secker after two of them had initially ruled that he be kicked out for joining a Facebook group where members posted messages denying the Holocaust.

The newspaper reported that Andrew Murray, another senior aide to Mr Corbyn, stated that the leader himself was "interested in this one".

Lord Falconer told BBC Radio 4's World at One: "It sounds to me like an urgent investigation is required. I have seen the newspaper reports of these emails about intervention.

"I have also seen denials, that there was no intervention. That simply raises a question about what on earth was going on.

"That obviously then requires someone to investigate it.

Warning of the impact the long-running row was having on the party, Lord Falconer added: "Us being characterised as anti-Semitic is an existential threat to the Labour Party.

"I think it is such a serious matter that if we do not deal with it, then as time goes on we will be eroded as an effective political force in this country.

"How could you vote, how could anybody ask people, to vote for a party that is anti-Semitic?

"It goes absolutely against the most essential values of the Labour Party."