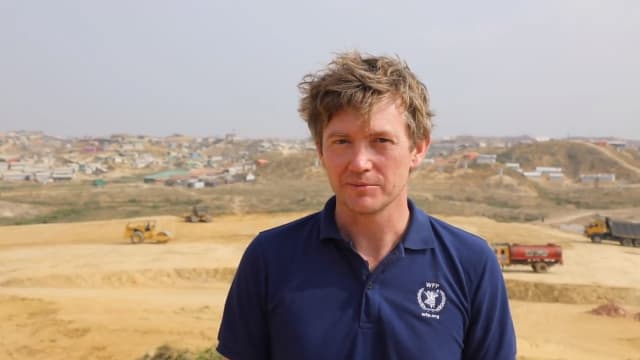 An Irishman killed in the Ethiopian Airlines plane crash was dedicated to helping the world’s most vulnerable.

UN aid worker and engineer Michael (Mick) Ryan was formerly from Lahinch in Co Clare in Ireland’s west. He was believed to be married with two children, a priest in the county said.

He was employed by the UN’s World Food Programme (WFP), which is a leading humanitarian organisation delivering food assistance in emergencies and working with impoverished communities to improve nutrition.

A WFP spokesman confirmed: “I can very, very sadly confirm that Michael Ryan worked for WFP and was based at our headquarters in Rome and was among those killed on ET 302.

“All of WFP’s thoughts and condolences are with the families of those killed.”

The plane was en route from the Ethiopian capital Addis Ababa to Nairobi. It crashed on the eve of a UN Environment Assembly in the Kenyan capital.

Several WFP staff were on the flight, ahead of this week’s conference.

The married father-of-two was global deputy chief engineer with the WFP’s engineering division.

Mr Ryan’s past projects included creating safe ground for Rohingya refugees in Bangladesh in preparation for the monsoon season.

He had also helped assess the damage to rural roads in Nepal which were blocked by landslides.

The disturbances blocked deliveries of food and other emergency supplies in response to a 2015 earthquake.

Lahinch is a popular surfing town on the Atlantic seaboard in Ireland’s far west.

Mr Ryan was from nearby Attychristoria, his church parish said.

Catholic parishioners in the town of Ennistymon, which is close to his former home in Co Clare, said they were in shock.

A parish statement added: “We ask for prayers for his wife, children, mother, sisters, brother, mother and father in law, in laws, aunts, uncles, relatives, neighbours, UN colleagues, many friends around the world & the extended Ryan, Connolly and O’ Donoghue families.”

He is the son of Christina, a retired teacher in Ennistymon, and the late Jack Ryan. Mr Ryan is also survived by two sisters and a brother.

The parish priest in Ennistymon said he had been living in Cork in the Republic with his family.

Senator Martin Conway, who is from Co Clare and represents Ireland’s largest party Fine Gael, said he was deeply saddened.

“Michael worked with the UN on the World Food Programme helping the most vulnerable people on our planet. My thoughts and prayers are with his family.”

'A scotch egg is a substantial meal' reiterates Gove