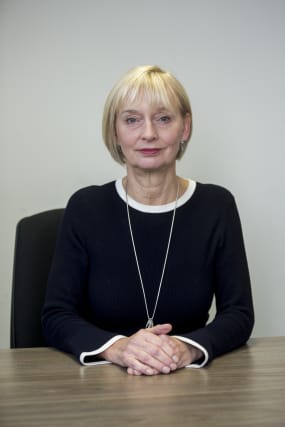 National security concerns could be used to hide embarrassment during contentious investigations into the Northern Ireland conflict, victims warned.

Building credibility and gaining the trust of those harmed or bereaved will be a huge issue for proposed new institutions established by the Government to investigate decades of violence, a report from those at the centre of the process said.

Ministers consulted on legislation creating an independent police unit to retrieve evidence, a body recording information which does not lead to prosecutions, and drawing up an oral history archive.

Northern Ireland’s victims’ commissioner Judith Thompson said the £150 million set aside by ministers over five years would not be enough to deliver one of the world’s most ambitious inquiries into a period known as the Troubles.

She said: “Many victims and survivors have waited decades in a system that has been chronically backlogged, therefore building credibility and gaining trust is a huge challenge for new institutions.

“Transparency is key to this which is why my recommendations address the need to ensure that any application of national security and Official Secrets Act restrictions have strict limitations and a robust appeals process.”

About half a million people are victims and survivors of republican, loyalist and state violence during the conflict.

The commissioner called for the UK Government to deliver a co-ordinated approach with the Irish Government in the implementation of forthcoming laws on legacy institutions.

The victims’ advocate added: “The Commission is aware that many victims and survivors do not trust any government and have a lack of confidence in how current systems enable them to access truth, justice and acknowledgement.

“Many believe they have been let down time and time again and have concerns that national security will be used by both Governments (British and Irish) to hide embarrassment or manage uncomfortable issues when the Historical Investigations Unit (HIU) is established.”

In 2013 the cost of addressing the past in Northern Ireland was estimated at £30 million per year.

The commissioner added: “It is also very clear that in the context of the high levels of disillusionment and low levels of trust which exist across different political constituencies in Northern Ireland, any approach must be balanced, transparent, must operate within the rule of law and above all be victim-centred.

“People who suffered harm have waited too long for effective organisations to be established to address their rights and needs.

“This must be the focus of any legislation and of the way we implement it.”

Key recommendations and concerns highlighted by the commissioner included:

– A process should be developed to ascertain and clarify what information the HIU can reasonably require from a relevant authority.

– Sequencing HIU and ICIR investigations consecutively would effectively remove the option of the Independent Commission for Information Retrieval (ICIR) from ageing family members who may not feel they have time to wait.

– The UK Government should establish an ICIR appeals process, similar to the HIU, allowing victims and survivors to challenge decisions to redact information on national security grounds.

– All deaths should be fully investigated regardless of whether they happened in Northern Ireland, the Republic or Great Britain and authorities north and south of the Irish border should provide necessary resources.