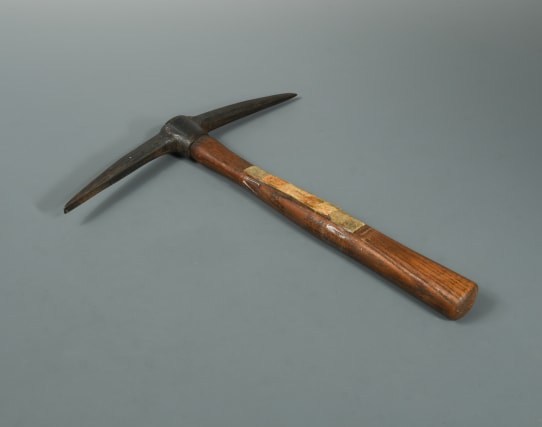 An ice pick once owned by a member of Captain Scott’s doomed Antarctic expedition team has sold at auction for £22,000 – 55 times its pre-sale estimate.

The tool, which belonged to geologist Frank Debenham, went under the hammer at Cheffins Fine Art Auctioneers in Cambridge on Thursday.

Debenham was part of Scott’s expedition but injured his knee while playing football in the snow and did not go on to the South Pole with him and four comrades, who all died in 1912.

Debenham later helped found the Scott Polar Research Institute in Cambridge as a memorial to Captain Scott and his four companions.

He took the ice pick on the Terra Nova British Antarctic Expedition of 1910 to 1913 and later gifted it to a friend, who in turn gave it to the owner who sold it at auction.

Charles Ashton, a director at Cheffins, said: “Items dating back to the early expeditions, such as the Terra Nova, are really very rare to the open market.”

Scott led a party of five which reached the South Pole on January 17 1912, only to find that they had been preceded by Roald Amundsen’s Norwegian expedition which had arrived a month earlier.

Scott and his comrades all perished on the return journey.