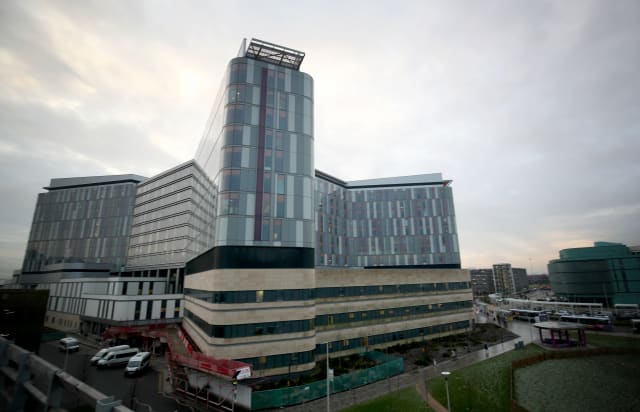 Inspectors have raised concerns about cleanliness and infection prevention at Scotland’s flagship hospital.

A 10-year-old boy died in December at the Queen Elizabeth University Hospital (QEUH) in Glasgow after contracting an infection linked to pigeon droppings.

A 73-year-old woman who had been infected with the bug died at the same hospital in January, with officials initially saying it was from an unrelated condition.

The Crown Office announced it would be investigating both deaths at the £842 million NHS Greater Glasgow and Clyde (NHSGGC) hospital.

An inspection was carried out in January on the orders of Health Secretary Jeane Freeman.

Following the publication of the report on Friday, Alastair Delaney, director of quality assurance at Healthcare Improvement Scotland, said: “Inspectors found areas of good practice in relation to infection control.

“However, there were also areas of concern, such as developing a strategy to ensure the hospital environment and patient equipment in the emergency department is clean and ready for use, and that any estates and facilities issues around repairs and maintenance are carried out to ensure infection prevention and control can be maintained.

“Following our inspection, NHSGGC have developed an action plan and must address the areas which require improvement as a matter of priority.”

Concerns were also raised about the relationship between staff and senior management.

Inspectors were given examples of where it was felt management have not reacted to fears about the environment, which can effect clinical care.

“Significant gaps” in maintenance and improvement of the care setting were also found.

The team reviewed 27 wards in the main building, the Royal Hospital for Children and the Institute of Neurological Sciences.

Its report will help inform the Scottish Government’s wider independent review into QEUH.

Jane Grant, NHSGGC chief executive, said: “Patients should be assured that the prevention and control of infection has always been, and remains, a top priority for NHSGGC.

“Infection rates in the Queen Elizabeth University Hospital and the Royal Hospital for Children are low – lower than the average rate of infection in Scotland’s hospitals.

“For further reassurance on infection control we asked Health Protection Scotland to carry out a detailed review of our infection performance compared to similar large hospitals over the past three years.

“Their findings confirmed that at no time during this period did infection rates at QEUH and RHC exceed expected levels.”