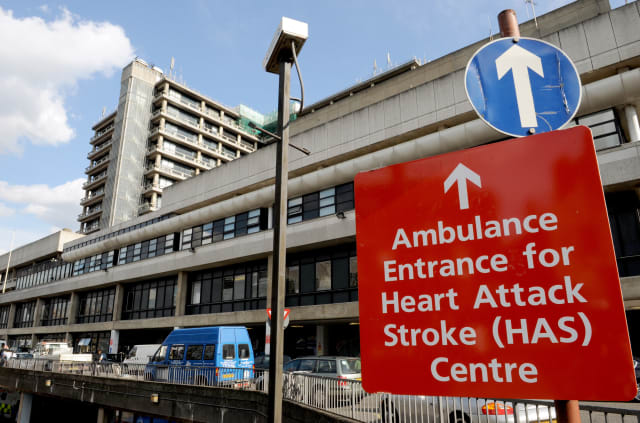 A drug which could potentially limit the damage caused by a heart attack has been discovered by scientists.

Researchers, part-funded by the British Heart Foundation (BHF), used stem cells to grow heart muscle tissue in a laboratory and replicated a “heart attack in a dish”.

By targeting a particular protein, they found they could block the chemical signals that lead to cell death and heart damage.

Lead researcher Professor Michael Schneider, from Imperial College London, said developing a drug to reduce the impact of heart attacks would be a “revolution” in care.

Heart attacks starve the organ of oxygen and cause the muscles to produce stress signals, which can cause the death of cells.

The heart may not be able to pump blood effectively as a result, which can lead to heart failure.

Improvements in care have boosted the number of people surviving heart attacks, and an estimated 900,000 people are currently living with heart failure in the UK.

“Finding a drug that could limit the death of heart muscle during and after a heart attack, and stop the decline towards heart failure, has been a target of research for decades,” said Professor Metin Avkiran, associate medical director at the BHF.

“But, despite a number of promising candidates in the past, we still have no drugs that can do this in routine clinical use.”

In this new study, the researchers identified protein MAP4K4 by studying heart samples from people with heart failure.

They showed it is activated in mice after a heart attack, and in heart cells and tissues when exposed to stress chemicals in the laboratory.

A drug which could potentially target this protein was developed by the team, and in mice it was found to reduce damage after a heart attack by around 60%, they said.

Prof Schneider said: “There are no existing therapies that directly address the problem of muscle cell death and this would be a revolution in the treatment of heart attacks.

“One reason why many heart drugs have failed in clinical trials may be that they have not been tested in human cells before the clinic.

“Using both human cells and animals allows us to be more confident about the molecules we take forward.”

A family of potential new drugs is being developed off the back of the research.

They will undergo safety testing and could be trialled in patients by 2021.

The study, funded by the BHF, the Medical Research Council and Wellcome, has been published in the journal Cell Stem Cell.