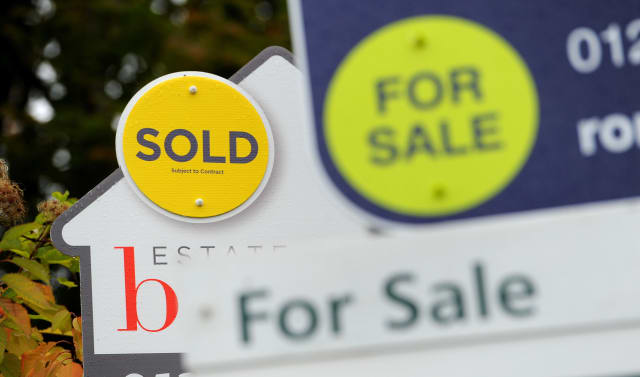 House prices saw a record 5.9% jump in February, according to an index – surprising experts, who described property values as generally being on a flat trend.

The upwards swing in Halifax’s house price index – which one expert described as “gigantic” – came after it had previously showed house prices plunging by 3% month on month in January.

Halifax said the 5.9% increase is a record high for its index since it started in 1983; however, it urged caution over putting too much emphasis on month-on-month changes, which can be volatile.

Underlying the increase, there has been a recent pick-up in house sales in the South East of England, which has played a part in the price movement.

Across the UK, property values were 2.8% higher than a year earlier – accelerating from a 0.8% annual growth rate in January. The average house price in February was £236,800.

Russell Galley, managing director, Halifax, said:  “House prices have grown on an annual, quarterly and monthly basis for the first time since October 2018, taking the average house price to £236,800.

“The shortage of houses for sale will certainly be playing a role in supporting prices.”

He continued: “People are still facing challenges in raising a deposit, which means we continue to expect subdued price growth for the time being.

“However, the number of sales in January was right on the five-year average, and, at over 100,000 for the fifth consecutive month, the overall resilience of the market is still evident.”

But he said: “February’s spike in house prices reported by the Halifax does not fundamentally change our view of the housing market.

“If the UK ultimately manages to leave the EU with a deal at the end of March, we expect UK house prices to eke out a modest gain of 1.5% over 2019.

He said: “All other indicators suggest that house prices essentially are on a flat trend”.

He continued: “The housing market likely will revive for a short period if, as we still expect, MPs sign off a Brexit deal by the summer.”

But he said a Brexit deal could also “give the green light” for further increases in the Bank of England base rate, pushing up borrowing costs.

“As a result, we still expect the official measure of house prices to rise by just 1.5% over the course of 2019.”

Mark Harris, chief executive of mortgage broker SPF Private Clients, said: “There is some prevailing nervousness towards the top end of the market where maybe the swings are greater and there may be more reason to hold off a purchase for the time being.

“Brexit has created some pent-up demand and, when we get a decision, whichever way it goes, we expect to see a spike in activity, not prices.

“There will be an uplift in transactions as confidence returns to the market and people know what they are dealing with.

“That said, whatever happens, we expect to see national house prices continuing to hold up as they are doing at the moment, although this will mask regional differences.”