Female MPs read out the ‘unacceptable’ online abuse they receive 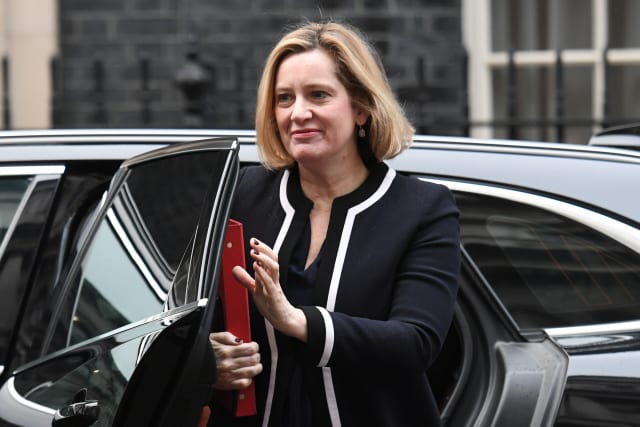 Female Conservative MPs have spoken out about the online abuse they have received ahead of International Women’s Day on Friday.

Work and Pensions Secretary Amber Rudd revealed that she had been called “less attractive than Medusa’s fugly sister” in the video while other MPs including Immigration Minister Caroline Noakes also described their experiences.

The video went on to list the politicians’ achievements, turning the negative comments on their head.

MP Caroline Dinenage hit back at an abusive comment calling her a “worthless c***”, responding: “This worthless c*** put forward the gender pay gap legislation that helps deliver equality in the workplace.”

As part of the Conservatives’ wider #AskHerToStand campaign, the video then highlighted the need for a better gender balance in Parliament, stating that abuse needs to stop in order for more women to be involved in politics.

Mrs Rudd then appeared in a second video, for the website Joe.co.uk, in which she read further examples of the abusive messages she receives daily.

The minister brushed off many of the comments but appeared to be particularly hurt by comment expressing that she should “die”.

Mrs Rudd followed: “The theme of International Women’s Day 2019 is ‘better balance’. It is clear that we need a better gender balance in parliament, but it will always be a struggle while women are hounded and subjected to unacceptable abuse on social media.

“No-one should be abused because of their gender. However, too often female politicians are singled out for particular persecution. Our intelligence is questioned and undermined, often in a way that our male counterparts do not have to put up with.”

The conversation about the abuse women face online comes as 14 Conservative members were suspended from the party over allegedly Islamophobic comments on the homepage of a Facebook group.

The Labour Party has also come under fire for allegedly anti-Semitic comments, with MP Luciana Berger quitting the party due to online abuse.

Mrs Berger said in the House of Commons: “I will certainly not be intimidated, bullied or silenced.”

Online abuse directed at MPs has been discussed numerous times, with Labour MP Jess Phillips regularly speaking out about the misogynist tweets she receives.

A project by Amnesty International, entitled Troll Patrol, analysed 228,000 tweets sent during 2017 to 778 female politicians and journalists from across the political spectrum in the UK and US, found that about one in every 14 of them contained abusive or problematic language.

Mrs Rudd said: “We need to get more women coming in [to Parliament], but unfortunately many women are put off by the abuse they get in social media. We need to call it out, we need to stop it.”