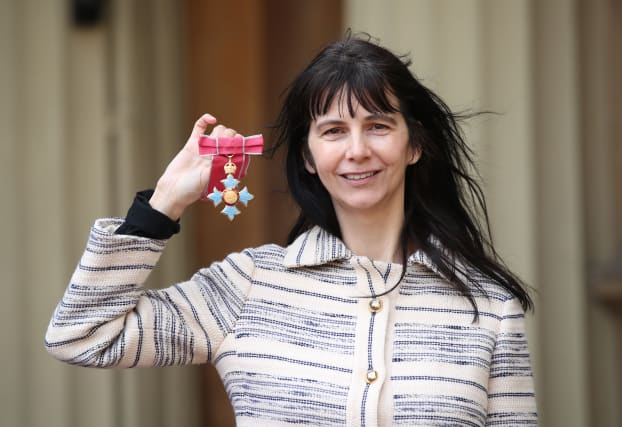 The artist who created the first statue both of a woman and by a woman to stand in Parliament Square has said she originally had no idea how important the project would be.

Turner Prize winner Gillian Wearing was tasked with creating a statue of suffragist leader Millicent Garrett Fawcett, which coincided with the centenary of women being granted the vote last year.

Wearing won the Turner Prize in 1997 for her work 60 Minutes Of Silence and throughout her long career has repeatedly returned to the theme of identity.

On Wednesday, she collected her CBE from the Prince of Wales at Buckingham Palace for services to art.

The 55-year-old said she had never appreciated how underrepresented women were in the memorials outside Parliament, and was alerted to it by feminist campaigner Caroline Criado-Perez.

She told the Press Association: “The unveiling of the statue was incredible because I had been working right up to the last minute so I hadn’t really been thinking about that.

“That’s organised without my knowledge of exactly what’s going to happen so it was just huge, much bigger than I thought.”

She added: “I think you just get kind of used to how an area is formed and you don’t necessarily always notice what’s not there – (Ms Criado-Perez) was luckily able to see that.”

Wearing said she wanted to create something that represented the monumental struggle for votes for women and all of the people involved.

“One of the ways I wanted to say that this was a huge campaign was to put tiles going all around the plinth of suffragists and suffragettes and people who supported their campaign,” she said.

“It was so people could see that it took six decades of Millicent Garrett Fawcett’s life, most of her life to try and get the vote. Her and lots of other women.”

Also honoured with a CBE was classical violinist Nicola Benedetti.

The 31-year-old said: “It’s an enormous honour and it’s very interesting to see and to hear what everyone else is here for and to just see the collective amazing work that people are doing.”

She added: “It’s uplifting and inspires you to do more of the best of what you could do.”

“Once you find those things, embed it with hard work,” she said.

“Look for the things you feel you are good at and that you feel you can give something to and then put in the hard graft.”