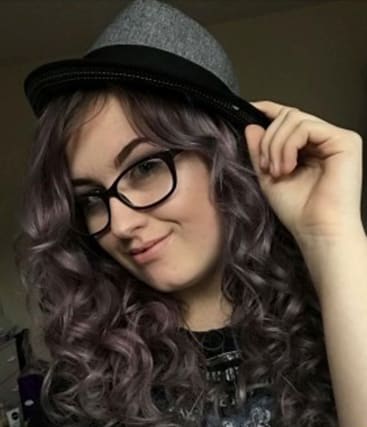 Detectives have made a fresh appeal over the brutal stabbing of teenager Jodie Chesney in an east London park.

A 20-year-old man arrested in Leicester on Tuesday evening in connection with the murder of the 17-year-old is now in custody at a London police station.

Jodie was with friends near a children’s playground in Harold Hill when she was approached by two males and knifed in the back in a seemingly motiveless attack.

She was pronounced dead just over an hour after officers were called to the park at 9.25pm on Friday.

The detective leading the investigation, DCI Dave Whellams, said on Wednesday: “I am appealing for any witnesses who have yet to speak with police to call me.

“There has been excellent support from the local community and a number of people have shared information with police, but there will be other witnesses and people with information that may prove crucial.

“Although the description of the suspect is limited, I am certain that people will have seen the two males hanging around the park or running away from the scene – or will otherwise have noticed something suspicious. I need those people to call me.”

Police say Jodie and five other teenagers who were playing music in the park were aware of two males in the park who left at around 9pm without interacting with them.

“Around 30 minutes later the pair returned to the park and walked straight towards the group, where one of the males stabbed Jodie once in the back,” Scotland Yard said.

“Nothing was said by the two suspects, who ran off in the direction of Retford Road.

“The suspect who attacked Jodie is described as a black male aged in his late teens. There is no further description of him at this stage, nor is there any description of the other male.”

In the wake of Jodie’s death, her family have backed calls for tougher sentences on knife crime.

Relative Karen Chesney appealed on Facebook for support for a petition calling for a 10-year jail term for knife possession and 25 years for using a knife.

On Tuesday afternoon, the Parliament petition had been signed more than 33,000 times. A total of 100,000 signatures are required before a petition can be considered for debate by MPs.

A post-mortem examination carried out on Sunday established that the cause of Jodie’s death was trauma and haemorrhage.

Jodie was a Girl Scout and school friends said students at Havering College would be wearing purple on Friday in honour of Jodie and her Barking & Dagenham scout troop colours.

She posted a photograph on Instagram with fellow scouts at 10 Downing Street on Remembrance Day last year, with the caption: “I’m basically famous now … this was such a good opportunity and so much fun.”