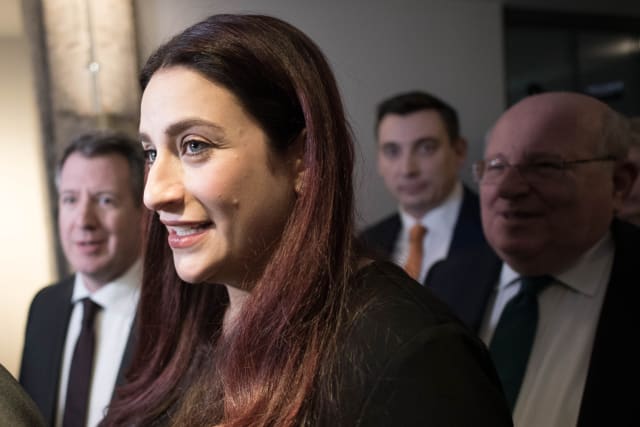 Independent Group MP Luciana Berger has announced the birth of her second child.

In a message on Twitter, the 37-year-old Liverpool Wavertree MP said her son was born at the NHS Liverpool Women’s Hospital on Tuesday.

She said that she, husband Alistair and daughter Amelie – whose second birthday comes later this month – were “brimming with happiness” at the arrival of the baby boy, whose name she did not reveal.

“Our baby boy arrived yesterday – Alistair, Amelie & I are brimming with happiness,” wrote Ms Berger. “A massive thank you to the fantastic team @LiverpoolWomens for looking after us both with so much care.”

Ms Berger was one of the seven Labour MPs who quit the party on February 18 to found the Independent Group.

The Jewish MP had been facing threats of a vote of no-confidence from members of her constituency party.

On quitting Labour, she said that she believed Jeremy Corbyn’s party had become “institutionally anti-Semitic”.

Labour’s deputy leader Tom Watson later said it was on “the worst day of shame in the party’s 120-year history” that “a bright, young, female, pregnant MP was bullied out of her own constituency by racist thugs”.

Mr Corbyn and Theresa May both congratulated Ms Berger on the birth of her son during their exchanges at Prime Minister’s Questions in the House of Commons.