Man jailed for life for brutal murder of mechanic 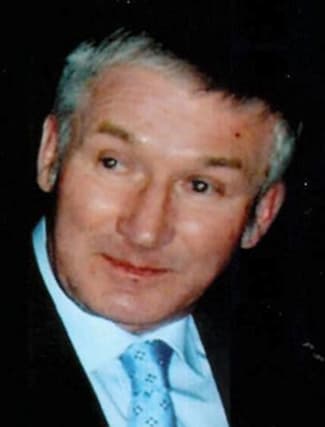 A “cruel and calculated” killer who murdered and robbed a mechanic in a brutal attack in his own home has been jailed for life.

Brian McKandie, 67, was found dead at his cottage in Badenscoth, near Rothienorman in Aberdeenshire, on Saturday March 12, 2016.

Steven Sidebottom – a man with no previous history of violent offending – was convicted by a jury in Aberdeen last month of beating the popular handyman to death and robbing him of a sum of money.

A court heard Sidebottom, 25, had inflicted at least 15 separate blows to the victim’s head on Friday March 11 that year.

Police said remorseless Sidebottom, who continues to deny his guilt, then spun a web of lies to deceive those around him.

Sidebottom was handed a life sentence when he appeared at the High Court in Edinburgh on Wednesday.

Judge Lord Uist ordered him to spend at least 21 years behind bars before he can be considered for release.

“The degree of violence used was severe and extreme,” he said.

“This was on any view a very brutal murder.”

Mr McKandie was first attacked outside his house, then dragged inside and further assaulted.

The victim, described by the judge as an “inoffensive and popular” man, was found to have injuries on his skull, scalp, face, shoulders and arms.

“This murder was committed in the course of a planned robbery which you carried out in order to obtain money,” Lord Uist said.

“This murder was an attack on a man at his own home, where he was entitled to feel safe.”

Defence counsel Ian Duguid QC pointed to the accused’s lack of previous convictions and said the crimes were “out of character” for him.

He said: “How it came to the perpetration of these events is, in my submission, still something of a mystery.”

Mr McKandie had lived at his cottage since he was two.

A private man with a limited circle of friends, he had no children and never married.

He was well known in the north east of Scotland as a reliable handyman and mechanic.

Police initially thought Mr McKandie’s death may not have been caused by a criminal act and an inquiry into the “unexplained” circumstances began.

A murder inquiry, led by Police Scotland’s Major Investigation Team, was subsequently launched and an internal review into the initial police response has since been carried out.

Detectives have described the murder investigation – one of the largest in Police Scotland’s history – as challenging and complex, partly due to a lack of CCTV and the large number of customers the victim had.

Mr McKandie’s family have previously spoken of their grief, saying: “He was a much-loved and respected member of the community – a hard-working and quiet man who wouldn’t have done anyone a bad turn.

Speaking after the sentencing, Detective Superintendent Iain Smith said: “Sidebottom is a cruel and calculated murderer who has yet to show any remorse for his actions.

“He killed Brian within the pensioner’s own home in the most brutal of ways and a painstaking and thorough investigation was launched by Police Scotland’s Major Investigation Team to bring this complex circumstantial case to court.

“The most important thing is that Brian’s family now has the justice they deserve.”