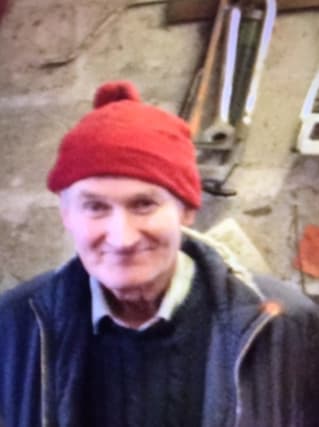 A man who murdered a mechanic in a “brutal and senseless” attack in his own home has been jailed for at least 21 years.

Brian McKandie, 67, was found dead at the cottage in Rothienorman, Aberdeenshire, on Saturday March 12, 2016.

Steven Sidebottom was convicted by a jury at the High Court in Aberdeen last month of battering the “quiet and unassuming” handyman to death in a bid to steal his cash.

Police said Sidebottom, 25, was desperate to fund a lifestyle he could not afford and squandered thousands of pounds in the days following the murder.

Remorseless Sidebottom, who had denied the charges against him, then spun a web of lies to deceive those around him.

The killing stunned the local community and left Mr McKandie’s family struggling to comprehend why he was taken from them.

Sidebottom was jailed for life when he appeared for sentencing at the High Court in Edinburgh on Wednesday.

Judge Lord Uist ordered him to spend a minimum of 21 years behind bars before he can be considered for parole.

The judge said: “The degree of violence used was severe and extreme. This was, in any view, a very brutal murder.”

Mr McKandie had lived at Fairview Cottages in the Badenscoth area since the age of two.

He was known as a private individual with a limited circle of friends. He had no children and never married.

He was, however, well-known in the north east of Scotland as a reliable handyman and mechanic, with a steady customer base throughout the region.

Police initially thought Mr McKandie’s death may not have been caused by a criminal act and an inquiry into the “unexplained” death began.

An internal review into the initial police response has since been carried out.

A murder inquiry, led by Police Scotland’s Major Investigation Team, was subsequently launched and it was for a while the only unsolved murder since the single police force was established.

Detectives have described the murder investigation – one of the largest in Police Scotland’s history – as extremely challenging and complex, partly due to the lack of CCTV in the rural location and the large number of customers and acquaintances the victim had.

The case featured on BBC One’s Crimewatch before the arrest of Sidebottom almost a year later.

Mr McKandie’s family have previously spoken of their grief, saying: “The fact remains that Brian is no longer with us. He was a much-loved and respected member of the community – a hard-working and quiet man who wouldn’t have done anyone a bad turn.

Speaking after the verdict, Detective Superintendent Iain Smith described the murder as “cold and calculated”.

He said: “This type of crime is extremely rare in Scotland let alone a rural place like Rothienorman, and Brian’s death rightly shocked the local community.

“I can imagine his murder will be even harder to understand given that the man responsible lived so close by and continued to live in the midst of those affected by it, knowing what he had done.

“It has now been three years since Brian died. To date Sidebottom has shown no remorse for his actions nor offered any explanation as to why an innocent man had to die, but he must now face the consequences of robbing another person of their life.”