Irish Foreign Minister embarrassed that explosives may have come from Dublin 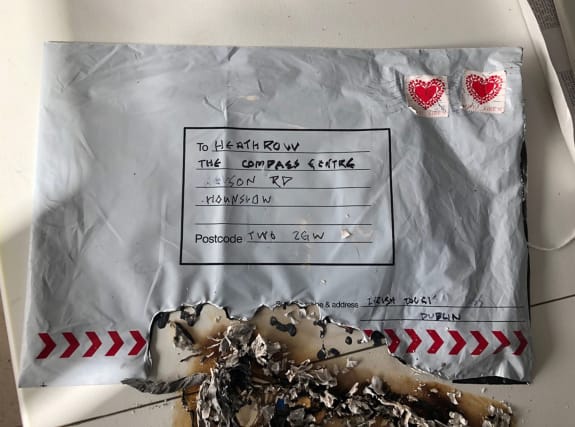 The Irish Foreign Minister says he is embarrassed that explosive packages sent to major transport hubs may have come from Dublin.

The packages that arrived at Waterloo railway station and offices at Heathrow and London City Airports on Tuesday were posted with Irish stamps and had Dublin as the return address, prompting Irish police to join the investigation.

“I read reports about that as it was breaking yesterday with dismay really, a combination of anger and embarrassment,” Simon Coveney said on Wednesday appearing on the Independent.ie Floating Voter podcast.

“I think the perception in the UK of this will be one of bemusement, as to why anyone would want to send any small explosive devices into London from Dublin, the fact that that could happen and come from Dublin is something I and many other people will be uncomfortable with.

“Everyone needs to isolate and criticise that kind of warped thinking for what it is, which is unhelpful on every level.

“I think any decent thinking person needs to reject utterly, the kind of warped thinking that results in someone sending an explosive device or something that can catch fire in the post into anywhere including transport hubs.”

Security sources suggested there may have been a “concerted attempt” to make the parcels appear as though they were posted from Ireland.

It was put to Mr Coveney that strained relations between the UK and Ireland over Brexit negotiations may influenced the sender.

“It’s important not to confuse warnings that the fallout from Brexit can create a corrosive atmosphere and create potential security concerns, that is in any way condoning that kind of behaviour,” Mr Coveney said.

“Whoever did this has not assisted the political process that is underway here, in fact they’ve done the opposite.

“Those of us working in politics need to find a way of resolving the outstanding Brexit issues through negotiation and protecting the relationship between Ireland and the UK that have become so positive over the last twenty years since the Good Friday Agreement.”