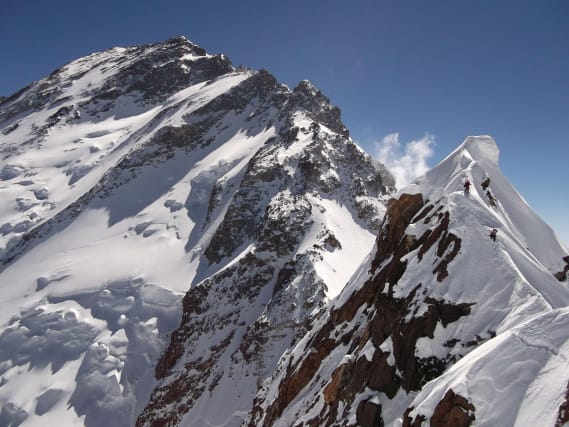 The search for two climbers on the world’s ninth-highest mountain has stalled as the risk of avalanches makes the mission increasingly dangerous.

Two Pakistani mountaineers were with the pair but had decided to turn back because they thought it was too dangerous.

Mr Ballard is the son of Alison Hargreaves, the first woman to scale Mount Everest alone.

He was born in England and grew up in the Scottish Highlands.

Karrar Haidri, secretary of the Alpine Club of Pakistan, said on Wednesday search teams had used a drone but “no sign of the climbers was found”.

He said search efforts will continue on Thursday and that “prayers are needed for the climbers”.