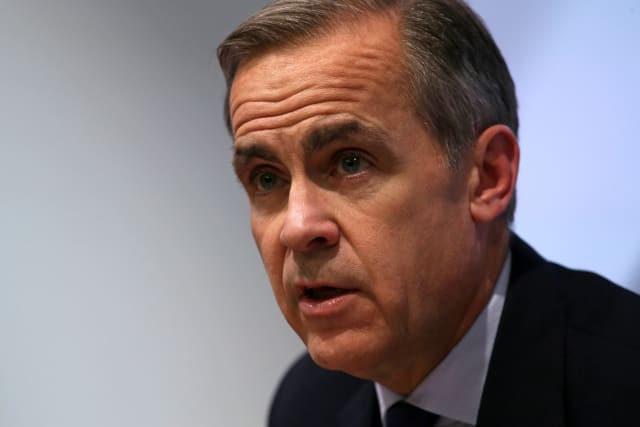 Bank of England boss Mark Carney has said the UK’s Brexit preparations have reduced the economic damage that could follow a no-deal withdrawal.

The governor said there had been “progress in preparedness” that has reduced the level of “economic shock” forecast if Britain crashes out of the European Union without a deal.

He told peers on the Lords Economic Affairs Committee that border agreements, the rollover of trade agreements and progress in the derivative markets meant the impact of a no-deal exit would be less severe than the Bank predicted in November.

But Mr Carney said a disorderly Brexit would likely still be a “material economic shock”.

In November, the Bank warned Britain would be tipped into a recession worse than the financial crisis in the event of a no-deal disorderly Brexit – and warned that the worst-case scenario could lead to Britain’s GDP falling by 8%.

However Mr Carney told the committee on Tuesday that recent developments meant the contraction may be 2% to 3.5% lower.

And he said: “Since we released those scenarios in November there have been some constructive developments in terms of preparedness – some of them have been detailed over the course of the last few weeks in terms of broader parliamentary testimony.”

Mr Carney explained: “If you took the scenarios that we had for a no-deal Brexit and you referenced the disruptive and the disorderly, and it depends what your counterfactual is – so what are we comparing it to – if we compare those as we did in November to our forecast of the economy at the time which presumed something broadly consistent with the Prime Minister’s deal… the potential hit to GDP was just under 5% in the disruptive and just under 8% in the disorderly.

“The items I indicated earlier, given our modelling of the situation, would pull back somewhere between 2% to 3.5% of those losses depending on the scenario.”

He added: “There has been progress in preparedness and that reduces the level of the economic shock.”