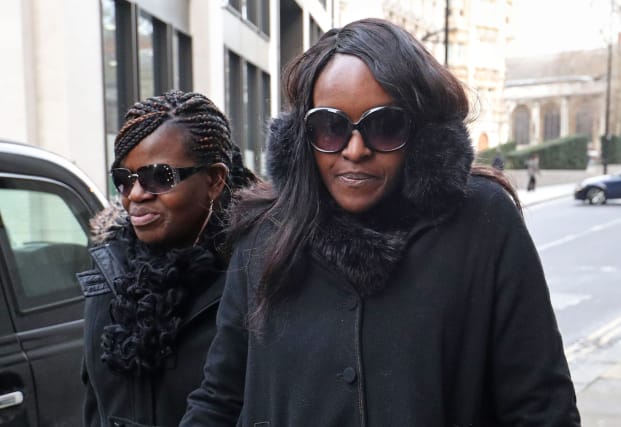 An MP who was jailed for lying to police over a speeding offence is set to challenge her conviction for perverting the course of justice.

Fiona Onasanya, who represents the Peterborough constituency, was expelled from the Labour Party after being found guilty in December last year.

The 35-year-old solicitor was jailed for three months in January and was released from prison after serving one month behind bars.

Court of Appeal judges will hear Onasanya’s application to appeal against her conviction on Tuesday.

It is not known what her grounds of challenge are.

Onasanya took the marginal seat with a majority of just 607 from Conservative Stewart Jackson at the 2017 election.

Under parliamentary rules, a recall petition can force a by-election if signed by more than 10% of the electorate in the Cambridgeshire seat.

Speaking ahead of her sentencing, a Labour Party spokesman said she had “let the voters of Peterborough down” and should have resigned when she was convicted.

The Labour Party is among those to have called for the resignation of Onasanya, but she will continue to represent Peterborough as an Independent.

This is because her jail term did not meet the 12-month minimum for an instant dismissal.

A by-election can be triggered if a recall petition is signed by 10% of the electorate in the Cambridgeshire constituency, but this process is on hold pending the outcome of her conviction appeal.

Jurors at the Old Bailey were told that she colluded with her brother Festus after her car was clocked speeding at 41mph in a 30mph zone in the village of Thorney, near Peterborough, in July 2017.

She was sent a notice of intended prosecution to fill out, but it was sent back naming the guilty driver as Aleks Antipow, an acquaintance of her brother, who was away visiting his parents in Russia.

Sentencing Onasanya, Mr Justice Stuart-Smith said: “You have not simply let yourself down, you have let down those who look to you for inspiration, your party, your profession and Parliament.”

Festus Onasanya, 34, from Cambridge, was jailed for 10 months after he admitted three counts of perverting the course of justice over speeding, including the July 24 incident.