Rise in number of pupils in work, training or study after leaving school 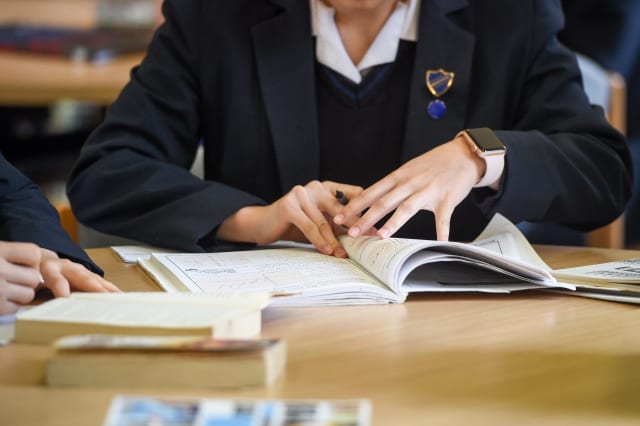 The number of pupils taking up work, training or further study within three months of leaving school has increased, according to official figures.

Of the leavers included in the most recent statistics, 41.1% were in higher education, 26.5% were in further education and 22.7% were in employment.

The figures also suggest that the gap between those from the most and least deprived communities going onto work, training or study has halved since 2009/10.

From the total number of pupils from the most deprived areas in Scotland, 78.% had gone on to a positive destination after leaving. This figure had risen to 90.4% around a decade later.

Over the same period, there has also been increases in the qualifications young people are achieving.

The gap between those from the most and least deprived areas achieving a pass at Higher Level or better is at a record low, reducing for the eighth successive year.

Mr Swinney said: “These welcome statistics show that more young Scots are studying, training or working within three months of leaving school than ever before.

“The gap between the richest and poorest communities for those getting into one of these positive destinations is now half what it was. That is real world progress in tackling an age old problem.

“They also show pupils are generally staying at school for longer and gaining more qualifications between fourth and sixth year.

“I am particularly pleased to see the attainment gap between school leavers achieving a pass at Higher Level or better is at a record low.

“At National 4 and 5 level, however, the attainment gap has remained broadly flat over the last two years which reflects the distance we know we have to go and why we are investing more than £180 million through the Scottish Attainment Challenge in 2019/20 alone.

“The figures published today are encouraging but we know there is more to do to raise attainment and ensure all our young people have the very best chance to build the knowledge, skills and confidence they need to succeed, regardless of their background.”

Leaders unite in pledge to reverse nature loss by 2030