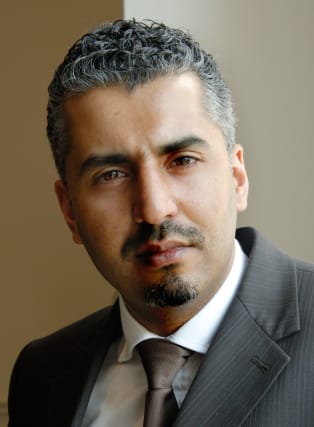 An LBC radio presenter who was the victim of a “racist attack” has said he would like to meet his assailant.

Maajid Nawaz said a white male set upon him from behind outside the Soho Theatre in London on Monday night.

The attack left the chairman of counter-extremism think tank Quilliam with cuts to his forehead and face.

Speaking on Sky News programme The Pledge, he said: “I would like for this man… I hope he’s listening. I don’t think prison is going to help him.

“In fact, he’ll probably get beaten up in prison because prisons are run by gangs who are from ethnic minorities and they’d probably want to take revenge and I don’t wish that upon him.

Writing on Facebook earlier this week, the 41-year-old said he owed “a huge debt” to two witnesses who called the police and consoled him at the scene.

“Your kindness kept me sane,” he added.

He thanked police officers, a restaurant manager and doctors and nurses for their support, describing them all as “non-Muslim”.

Mr Nawaz hit out at people on the “far-left” who were “already politicising this attack” and those on the “far-right” who were “callously casting doubt on the fact this racist attack even happened”.

He also claimed: “Some Islamists online are openly celebrating this attack, wishing the racist had ‘finished the job’.”

“I mentioned … the white skin colour and non-Muslim background of most of those who helped me because their examples alone debunk the bigotry and cynicism of the extremes from these three wings,” he added.