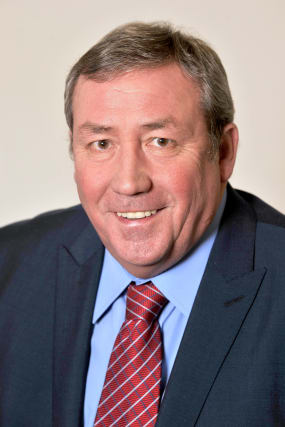 A former Labour MP reinstated to the party last month following his suspension over comments about the Jewish community is at the centre of a new row over remarks he made online.

Jim Sheridan, a former Paisley and Renfrewshire North MP who is now a councillor in Renfrewshire, accused Finance Secretary Derek Mackay of “having raped Scottish councils of cash” in a social media post about the Scottish Budget.

Campaigner Clare Lally-Steel highlighted his comments on Twitter, saying his language was “appalling” and that he was “very wrong to use a serious sexual assault term”.

In a post titled “Deceitful (sic) Scottish Finance Minister”, Mr Sheridan wrote: “Having raped Scottish councils of cash he now cynically suggests councils can raise their own funds. And of course suffer the political consequences? Charlatan.”

Ms Lally-Steel posted on Twitter: “Here in full glory and right back to his work, Labour Councillor Sheridan… this about a @scotgov minister is appalling!”

She added: “He is wrong very wrong to use a serious sexual assault term.”

She later said: “Rape is a serious sexual assault and to use that term to describe what a Scottish Government Minister is doing to councils, I don’t feel that it’s appropriate.

“My post was highlighting rape is a serious sexual assault and you can’t throw about words like that.”

Mr Sheridan said no-one had contacted him to raise concerns about his comments.

He told the Press Association: “If you Google the definition of rape you will see what it means.

“If you Google the word rape it will explain my reason for using it.”

Questioned about the criticism of his comment, he added: “I’m not really concerned what they are concerned of.”

He said if anyone has a problem with his comments, he expects them to raise the matter with him.

Labour suspended Mr Sheridan following a complaint in August last year reported to relate to a social media post in which he spoke about his loss of “respect and empathy” for the community amid the anti-Semitism row.

He was reinstated in January after an investigation and issued a statement reiterating his apology to the Jewish community while calling his accusers “misguided”.

SNP MP Gavin Newlands said: “Jim Sheridan’s latest outburst is quite frankly disgusting and beneath contempt. It is an inexcusable statement from anyone, let alone an elected local representative and former MP.

“Mr Sheridan’s re admittance to the Labour Party following his shameful comments about the Jewish community was in my opinion, an outrageous decision. An opinion which is shared with many members in his own Renfrewshire labour council group and many high profile members of the Labour Party across the UK.

“If Councillor Jim Sheridan had any decency he would resign as a councillor but failing this, Jeremy Corbyn and Richard Leonard should show leadership and kick him out of the party for good.”